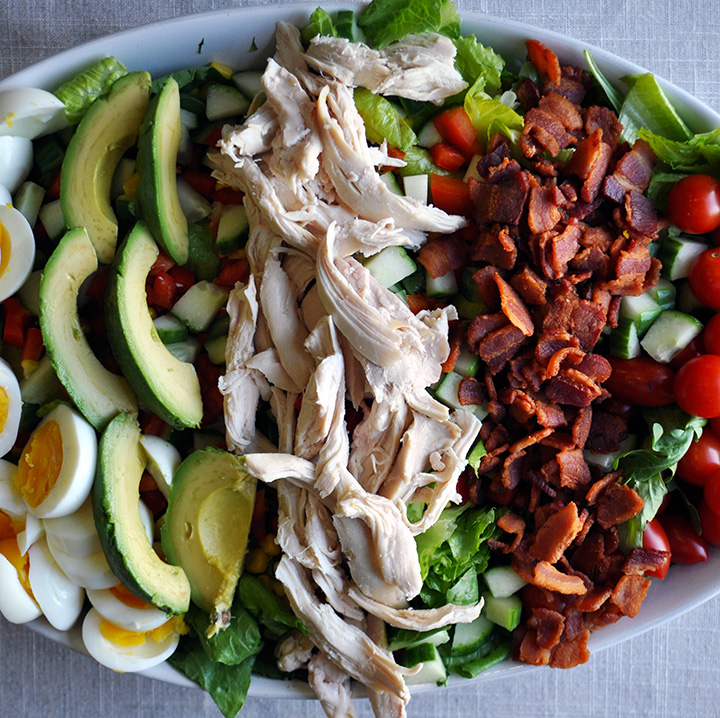 I adore a good chopped salad, which simply means all the ingredients are, well, chopped. Unlike a Niçoise salad in which all the different components are arranged in groups, chopped salads traditionally toss everything together. This is great if you’re only feeding yourself and know that you like each and every ingredient in your chopped salad.

But, family members don’t always like all the same things. At least, mine don’t. So, if I’m serving a big salad for dinner family-style, rather than letting everyone just build their own, I like to keep at least some of the ingredients separate. This allows people to pick and choose what they want on their plate.

This chicken chopped salad is a mix of the two styles. 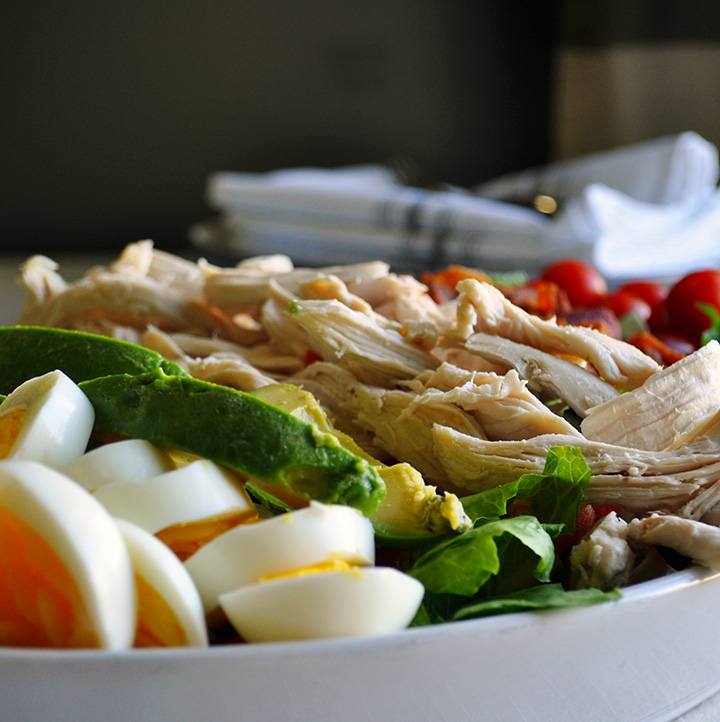 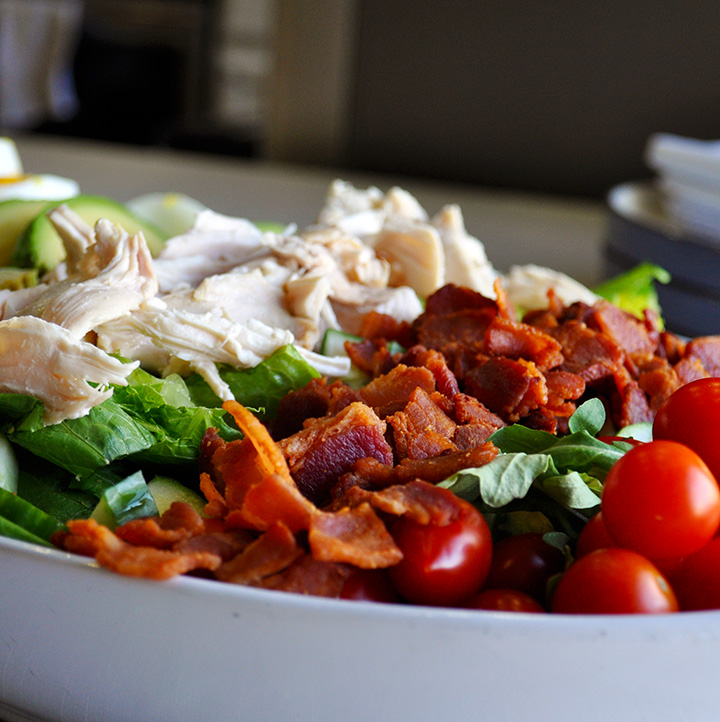 I tossed the greens with chopped cucumbers, red peppers, and radishes to create the salad’s base. Then, I layered on groups of hard boiled eggs, sliced avocados, roasted chicken, bacon, and cherry tomatoes.

I like to serve the dressing on the side when making a big salad like this because if there are leftovers, I don’t want them to get soggy. In fact, I generally make enough to ensure that there’s enough leftover salad for my lunch the next day.

I also like to serve this chicken chopped salad with croutons – preferably homemade. If you’re making this as a part of Weekly Winter Meal Plan #4, you probably already made some croutons from the leftover bread you served alongside Roast Chicken. If not, I encourage you to make some. Homemade croutons are quick and simple to make, and can bake while you chopped the vegetables. 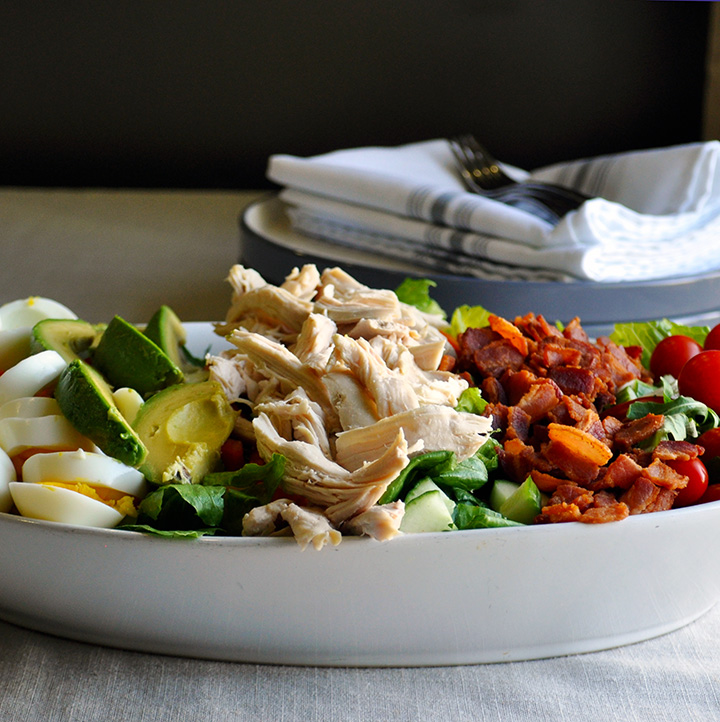 For the salad dressing: