Chicken Paprikash is one of those simple, no-frills, soul-soothing meals that warms you from the inside out. Deliciously tender pieces of chicken cooked in a rich paprika cream sauce and spooned over a plate of buttered noodles.

When it comes to comfort food, this dish is not messing around. 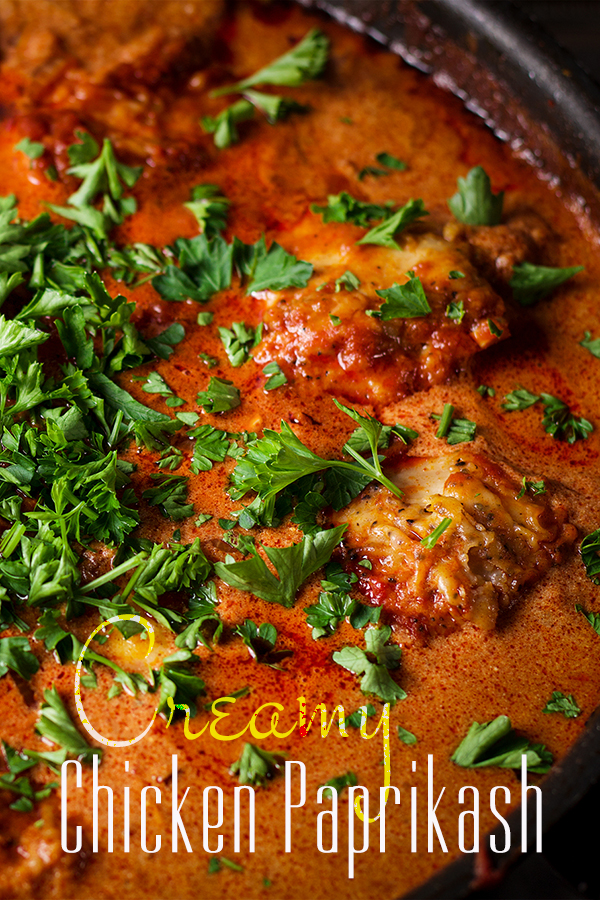 What is Chicken Paprikash?

If you’ve never had Chicken Paprikash, you’re in for a treat.

It’s a simple, homey, ultra-comforting Hungarian dish of chicken cooked in a sauce made with tomatoes, paprika, and sour cream. Chicken Paprikash is traditionally served over dumpling like egg noodles known as nokedli (also called Spätzle), but in this recipe, it’s spooned over thick buttered egg noodles.

It’s exactly the kind of thing I want to eat on cold fall and winter nights, when the days are short and I’m longing for something that makes me feel all warm, and snug, and cared for. 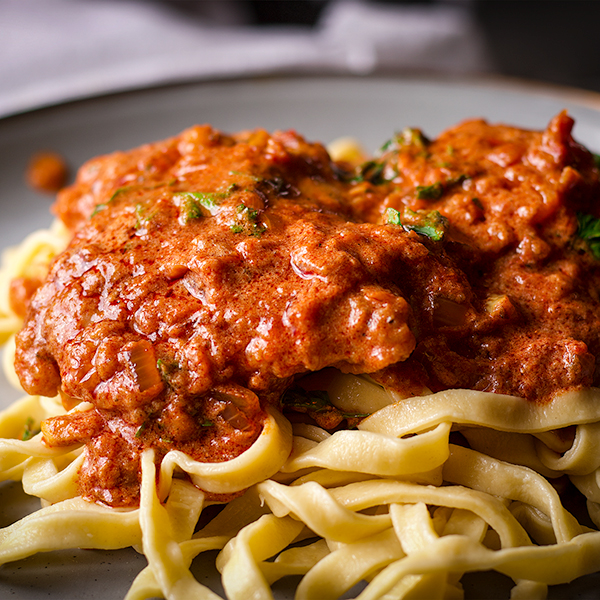 What’s up with all the different kinds of paprika???

There are three main types of Paprika and, in most recipes, the one you use WILL affect the taste of the dish, so it’s important to know the difference. Paprika is made from grinding the pods of mild peppers in the Capsicum family. But, depending on the variety, paprika ranges in color from deep brick-red to bright orange, and in flavor from sweet and mild to hot and bitter.

In US supermarkets, you’ll find paprika that’s simply labeled “paprika”. In most cases, this is Sweet Paprika. It’s mild, slightly sweet, and in most cases, when you come across a recipe that doesn’t clarify which kind of paprika to use, this is what you want.

Smoked Paprika (also called Spanish Paprika) is made from peppers that have been smoked and dried over a fire. The process imparts the paprika with a smokey flavor similar to what you get when charring peppers on a grill or over an open flame. Spanish paprika is typically still slightly sweet and mild and so it can be used in place of Sweet Paprika in recipes where you want to impart the dish with a bit of smokiness.

Hungarian Paprika is, obviously, the Hungarian variety of paprika and the kind used in Chicken Paprikash. While many recipes using sweet paprika or Spanish paprika use the spice in combination with other spices, Hungarian dishes often use paprika as the main flavoring.

The variety in my kitchen right now is McCormick Hungarian Paprika and it’s not spicy at all. Because I like a bit of heat in my Chicken Paprikash, I’ve included a dash of cayenne in this recipe as well as a hearty dose of Hungarian Paprika. If you’re using Hot Hungarian Paprika, you’ll probably want to leave the cayenne out. As is the case with all spices, add as much or as little cayenne as you like to achieve the level of spiciness you prefer. 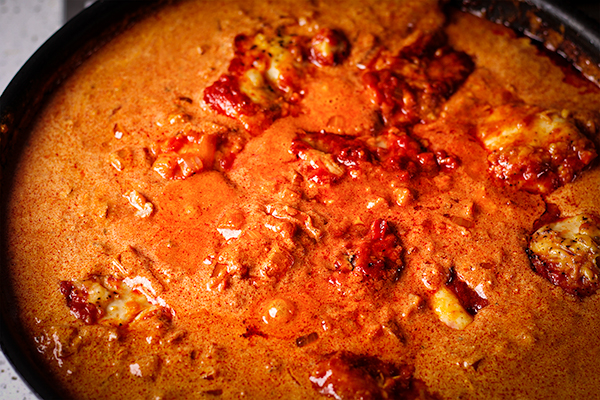 For me, chicken thighs are preferable to chicken breasts in dishes like Chicken Paprikash because they are more flavorful and won’t dry out as easily when cooked. When braised, or cooked in a soup or stew, dark meat chicken remains tender, juicy, and delicious, while white meat can dry out and end up with a “chalky” texture if even slightly overcooked.

For all these reasons, using chicken thighs in this dish was a no-brainer. Using boneless, skinless chicken thighs reduces the cooking time and, I feel, makes the dish easier to eat. No cutting around bones or around the tough parts of chicken skin. Just chunks of tender, flavorful, chicken swimming in creamy paprika sauce.

Be still my beating heart. 🥰 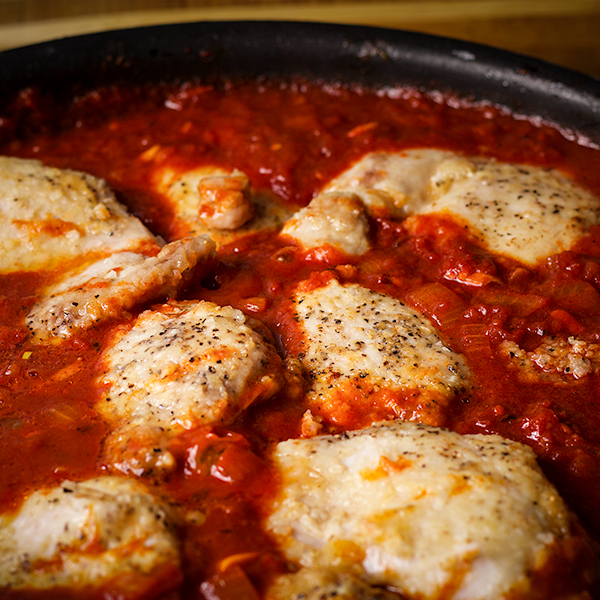 Who doesn’t like to have plenty of noodle options? The more the better, I say.

If you were to eat this dish in Hungary, it would most likely be served with dumpling-like egg noodles known as nokedli (also called Spätzle). There are plenty of good recipes for nokedli online if you’d like to try your hand at making these little Hungarian dumplings yourself.

This recipe calls for egg noodles, which can be found at nearly every moderately well stocked supermarket. But, most of the time, I prefer to serve Chicken Paprikash over thick cut, homemade, fresh pasta.

I was first introduced to pasta making by my friend Judy, a pasta making queen. The first time I had fresh pasta at her house, I couldn’t believe how much better it was then supermarket dried varieties. I’ve been a pasta making fool ever since.

To be clear: making fresh pasta takes more time and effort than opening a box of dried. For sure. There are always a couple boxes of dried pasta in our pantry for those nights when I want to throw something together quickly. But, if you’ve never made fresh pasta, you might be surprised at how simple and rewarding it is.

The process requires little more than whisking, kneading, and feeding dough through a pasta machine. And the end result is superior in every way – better texture, better flavor, and considerably more nutritious. 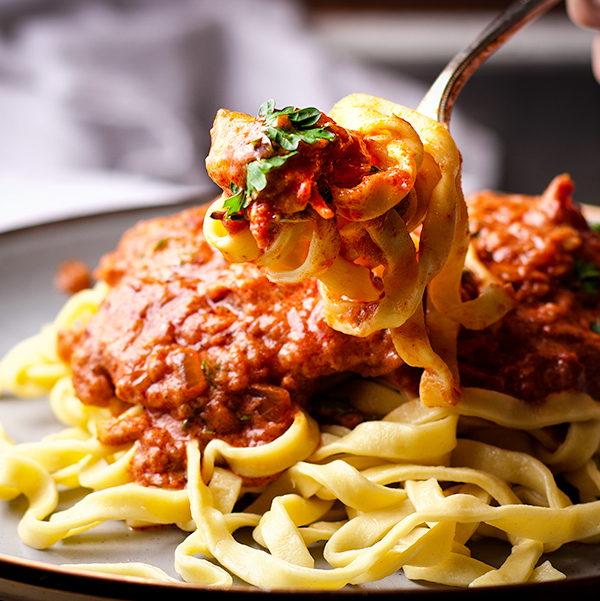 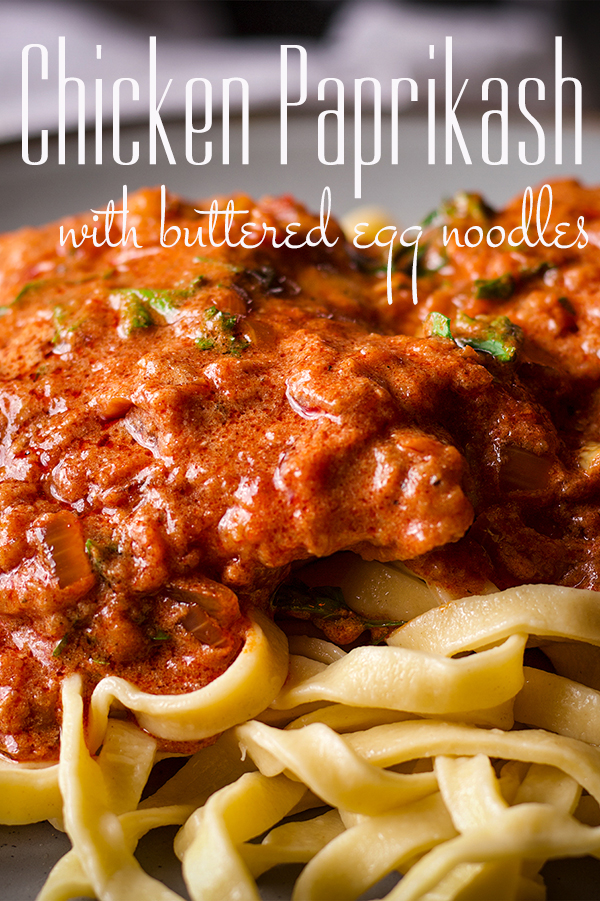 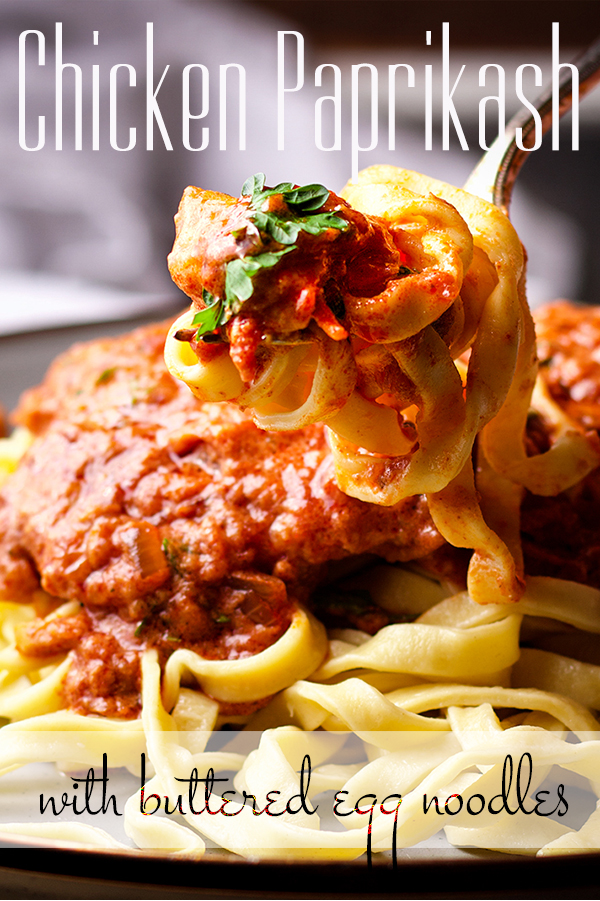