This creamy, curried roasted cauliflower soup with toasted coconut and crispy fried mushrooms is all about layer after layer of flavors and textures that stick to your ribs and warm you from the inside out. 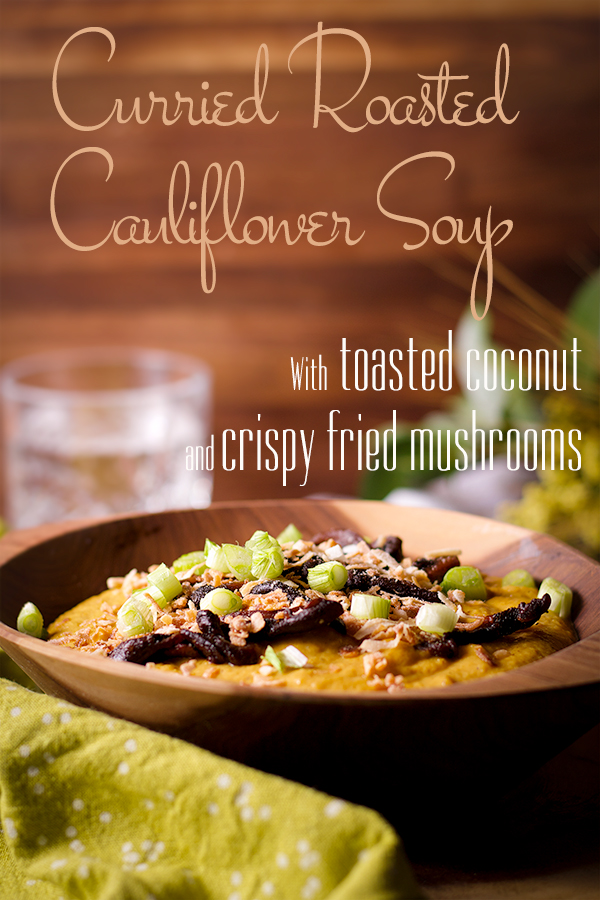 Roasted Cauliflower is a Culinary Wonder

My love of cauliflower came late in life. When I was younger, I was convinced I didn't like it. Perhaps I was forced to eat some mushy, soggy, flavorless boiled cauliflower as a child and made up my mind to avoid that experience in the future. I don't know. But for whatever reason, I got it in my head that cauliflower was to be avoided.

These days, you'll find a head or two of cauliflower in our refrigerator pretty much all the time. My favorite way to prepare is to sauté or roast it at super high heat until little golden brown and black spots appear all over the florets. Cooking cauliflower at a high temperature concentrates the natural sugars and amino acids. And you know what that means? Flavor!

It's hard to underemphasis the transformation cauliflower goes through when cooked at high heat. It develops so many layers of flavor that it doesn't even taste like the same vegetable. It goes into the oven as a somewhat delicious, but also bland, one-dimensional vegetable, and comes out as something I could (and have!) happily make an entire meal out of.

The browning process that cauliflower goes through when cooked at high temperatures is called the Maillard reaction. It’s called a “reaction” because the process doesn’t just require heat – it produces heat. As it does, the proteins in the cauliflower (or whatever you're cooking) keep rearranging themselves, creating deliciously complex flavors as they do.

This recipe uses the Maillard reaction to build flavor in several ways: 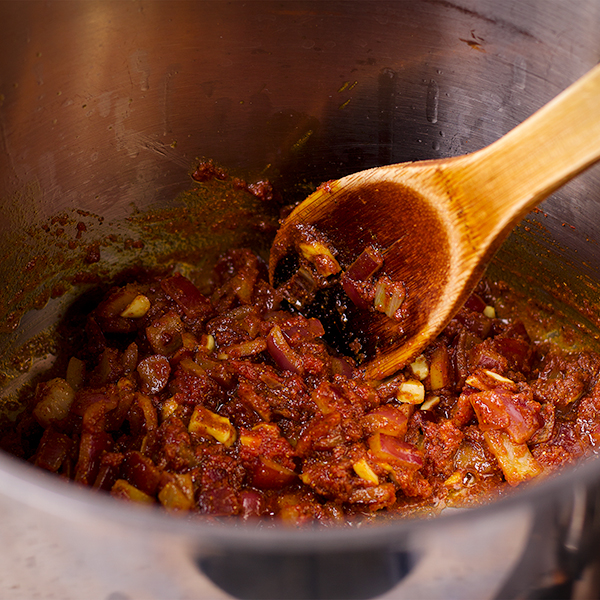 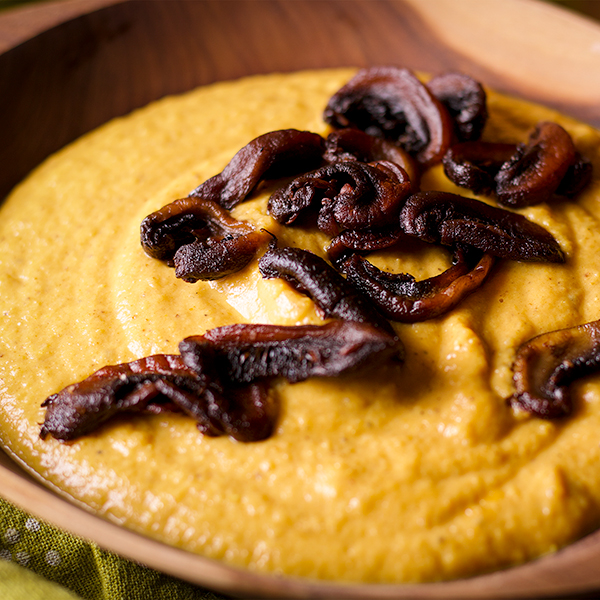 Roasted Cauliflower Soup might taste complicated, but making it couldn't be more simple.

#1. Spread cauliflower florets on a baking sheet, toss them with some olive oil, salt, and pepper, and roast in a 475 degree oven until the bottoms of the florets are a rich golden brown and black spots are smattered across the surface. 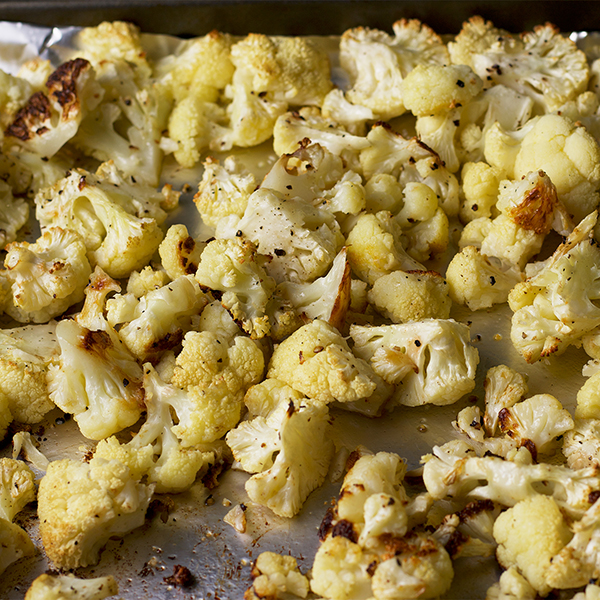 #2. Cook an onion in some butter and oil until soft. Then add garlic, tomato paste and a whole lotta delicious spices - curry powder, garam masala, coriander, and cumin. Stir all that around in the pan for a while to toast open up the flavor of the spices, roast the garlic, and intensify the umami-rich deliciousness of the tomato paste.

#3. Pour in vegetable broth and coconut milk and let it all simmer away for a while to allow the flavors to fully come alive.

A quick word about which coconut milk to use in soup... 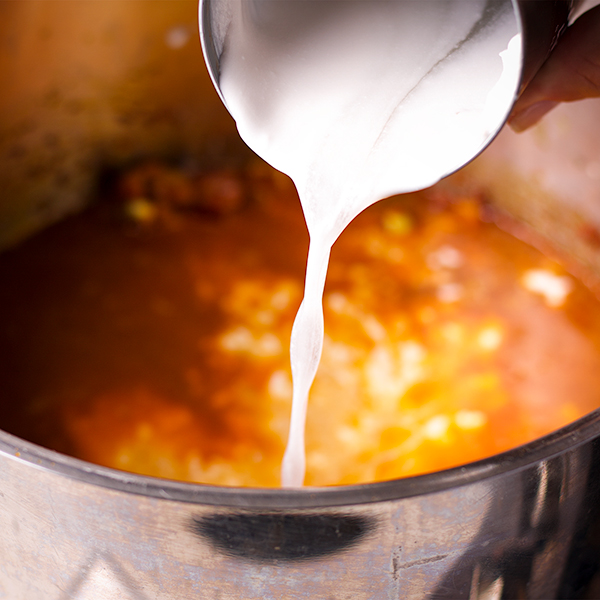 #4. While the broth simmers away getting all delicious and making your kitchen smell SO, SO good, cook some sliced mushrooms in butter and oil until they are a deep golden brown. Remember, brown = flavor. Flavor =😊 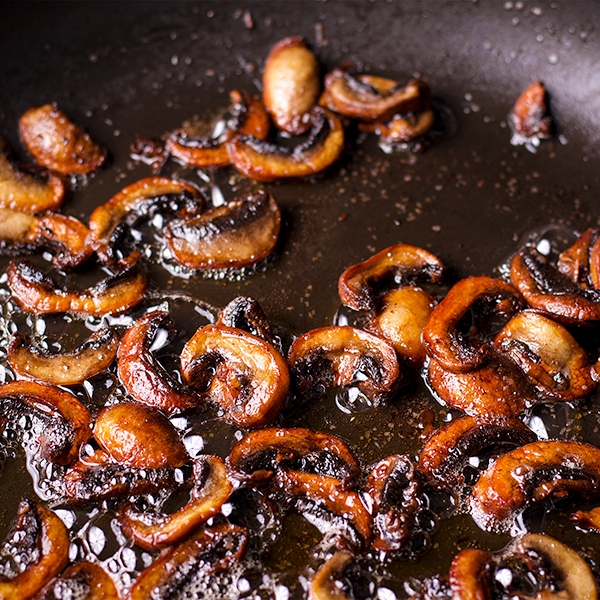 #5. Ladle all that incredibly delicious broth into a blender, toss in the cauliflower, and puree it until it's creamy and smooth. You'll most likely need to do this in batches because it's dangerous to fill a blender to the top with with hot liquid. Fill it about halfway, puree, dump the soup into a bowl, and repeat until all the soup has been blended.

#6. Pour the soup back into the saucepan, add some lemon juice and give it a taste. Add more salt and lemon juice if it needs it or just because you want to. Your soup, your rules.

And that, my friends, is pretty much it. Time to EAT.

Ladle the soup into bowls and top with a handful of crispy, fried mushrooms, toasted coconut, and sliced green onions. Eat, rub your belly, moan with pleasure, repeat. 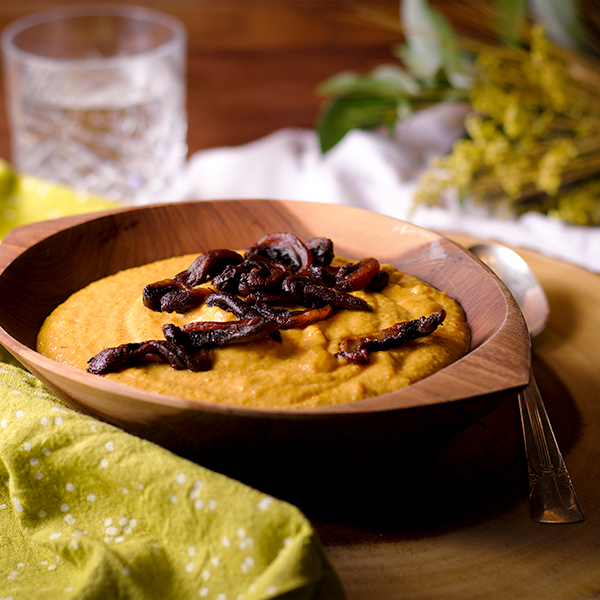 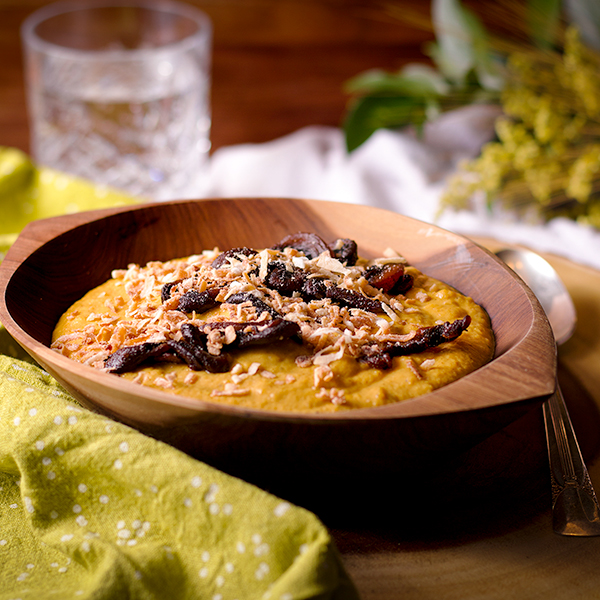 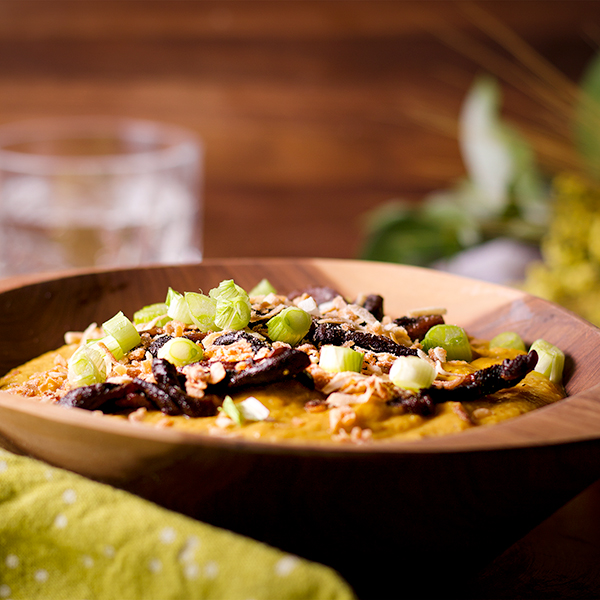 For the Crispy Fried Mushrooms:

How to Toast Shredded Coconut:

Add the coconut to a dry skillet and set the skillet over medium heat. Cook, stirring occasionally, until the coconut begins to brown. When it begins to brown, stir constantly. Cook until about half of the coconut is golden brown, then remove from the heat. If you try to cook the coconut until all of it is toasted, you'll end up with burned coconut. 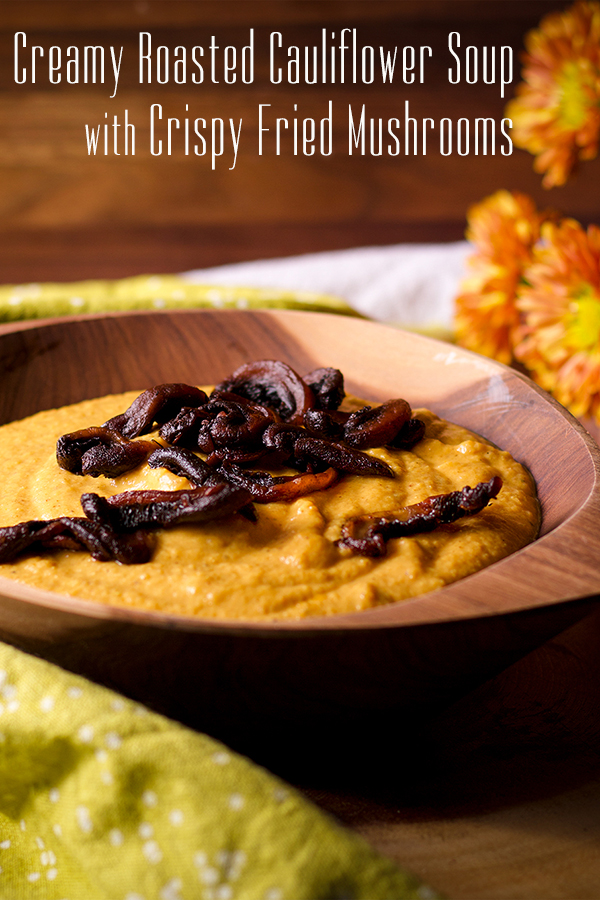