You are here: Home / Soups and Stews / Red Lentil Soup with Ham
98shares
Jump to Recipe

Red lentils are cooked until tender and creamy in a broth flavored with paprika, cumin, and a few pieces of ham, then topped with bright, flavorful Aleppo Pepper Oil and fresh parsley. This simple recipe is one of my favorite things to make on lazy evenings when I want a hot, comforting, nutritions meal in under an hour, with very little effort. 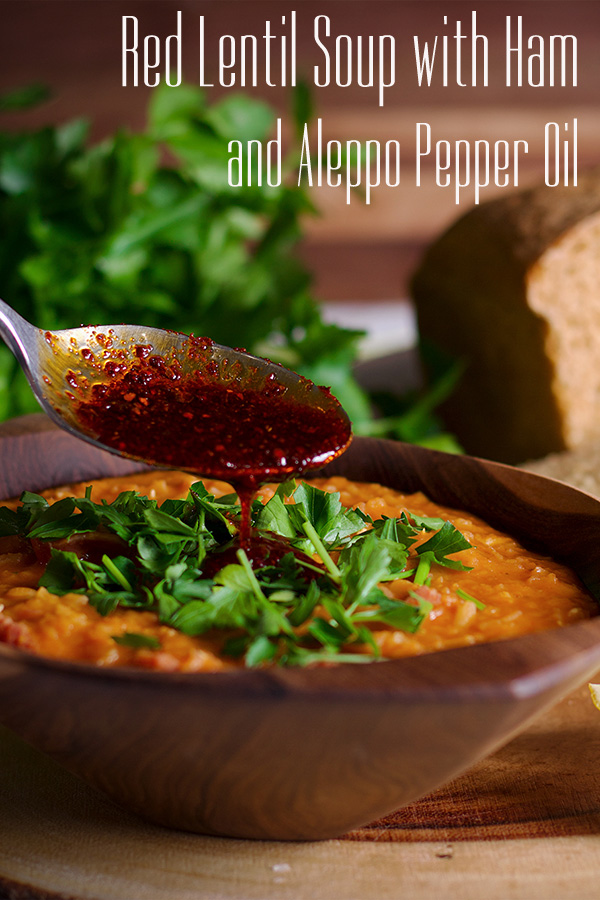 What is Aleppo Pepper?

I love, love, love Aleppo Pepper so much that I have a difficult time not using it in everything I cook. The spice is named after the city of Aleppo in Syria, although with all the turmoil in the region, most of the Aleppo pepper available today comes from Turkey and a handful of other places.

Aleppo Pepper comes form a chili known as the Halaby Pepper. After Halaby peppers are picked, the seed are removed and the peppers are dried, then ground into Aleppo Pepper. Traditionally, Aleppo pepper is used to season meat or beans, or sprinkled over salads and vegetables. But, it can be used in place of any other variety of dried red pepper with abandon.

The thing I love most about Aleppo Pepper is how much flavor you get for the amount of heat the pepper packs. Aleppo is about half as hot as crushed red chili flakes but packs double the flavor. Ask anyone in my family, and they’ll tell you I have an incurable habit of going overboard with chilies and peppers, and often serve food that makes steam come out of our ears. The problem is that I LOVE the flavor that red peppers add to foods and want to add as much of that flavor as possible.

With Aleppo, I can add twice as much and get four times the flavor without burning off our tastebuds. 🙌 And this, my friends, is why I am currently obsessed with the stuff.

In this dish, simmering Aleppo Pepper in olive oil for a couple of minutes helps to release it’s flavor while also adding flavor to the oil. That way, when you drizzle it over bowls of soup, it spreads throughout the lentils, adding richness and flavor throughout. 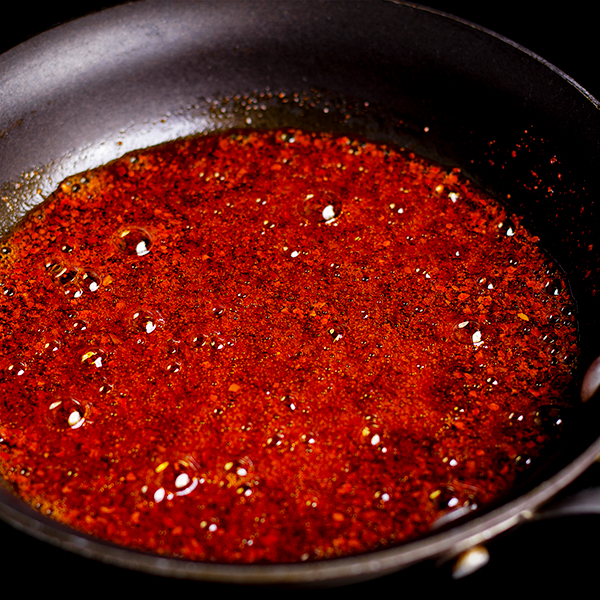 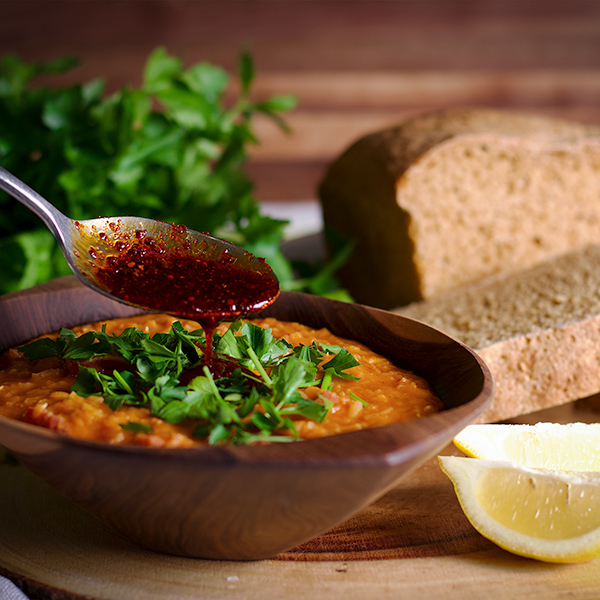 Aleppo Pepper and Red Lentils are a Perfect Match

I’ve never met a lentil I didn’t love, but if you’re wanting to cook up a pot of lentils in a hurry, red are where it’s at.

I almost always have both red and green lentils in my pantry and love them both equally. But, in this dish, I went for red lentils for three reasons:

In this recipe, the ham is really more of a condiment, supporting the flavor in the lentils and Aleppo pepper. I like the meaty texture it adds and how it works with the smoked paprika to increase the depth of flavor and infuse every bite with savory smokiness.

Having said that, if you don’t eat meat or just don’t have any ham on hand, you can most certainly just leave it out. If you do, I would suggest increasing the amount of smoked paprika slightly and, if possible, adding a dash or two of liquid smoke. Another good option is to use Hickory Smoked Sea Salt. Both liquid smoke and smoked salt will add a lovely meaty, smoky flavor without the need to add any ham. 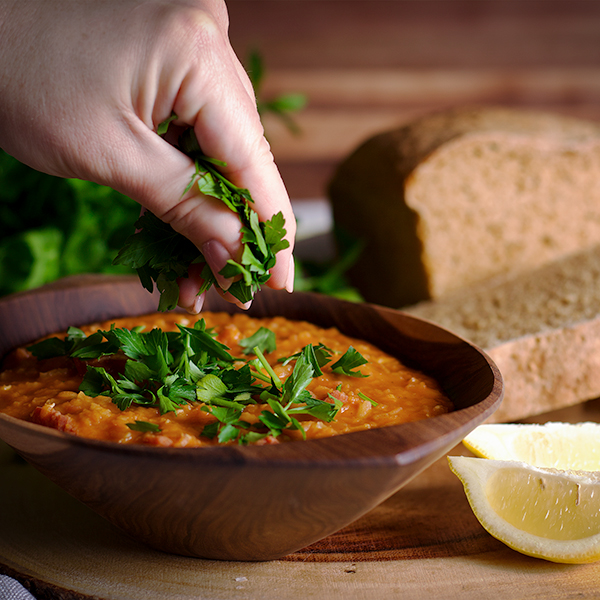 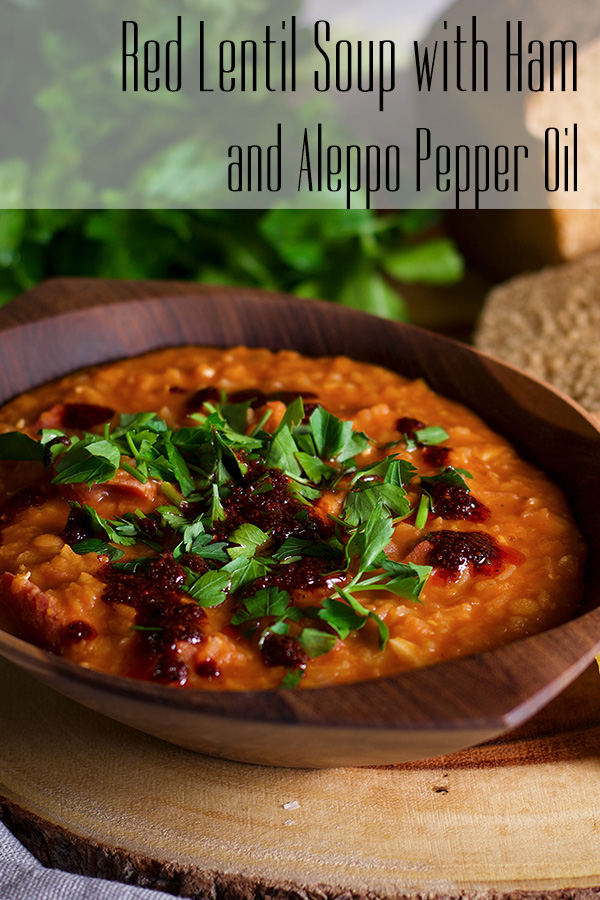 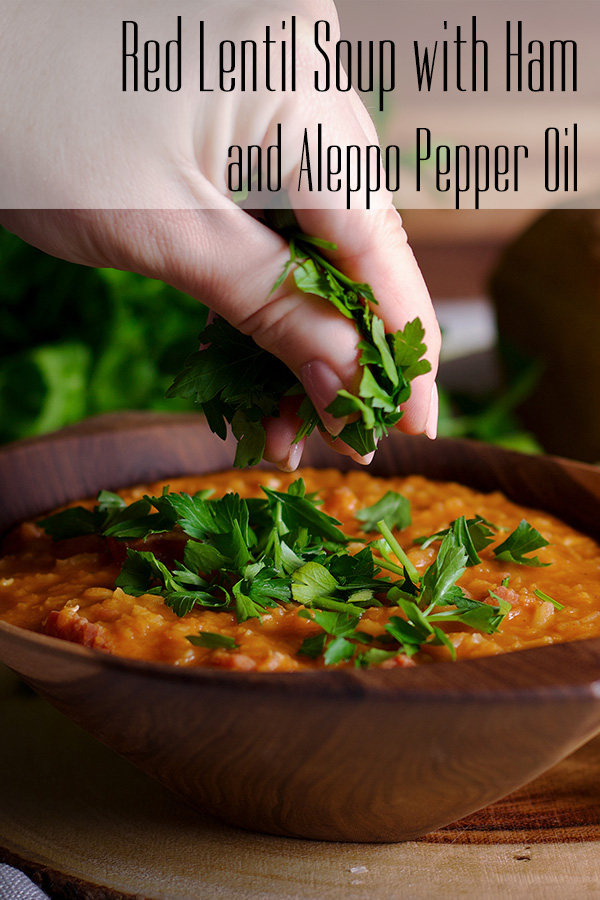