These crispy fried cheese and shishito or poblano pepper tacos with chili-spiked cranberry sauce are an addicting combination of savory, sweet, sour, spicy, crispy, and creamy flavors and textures. 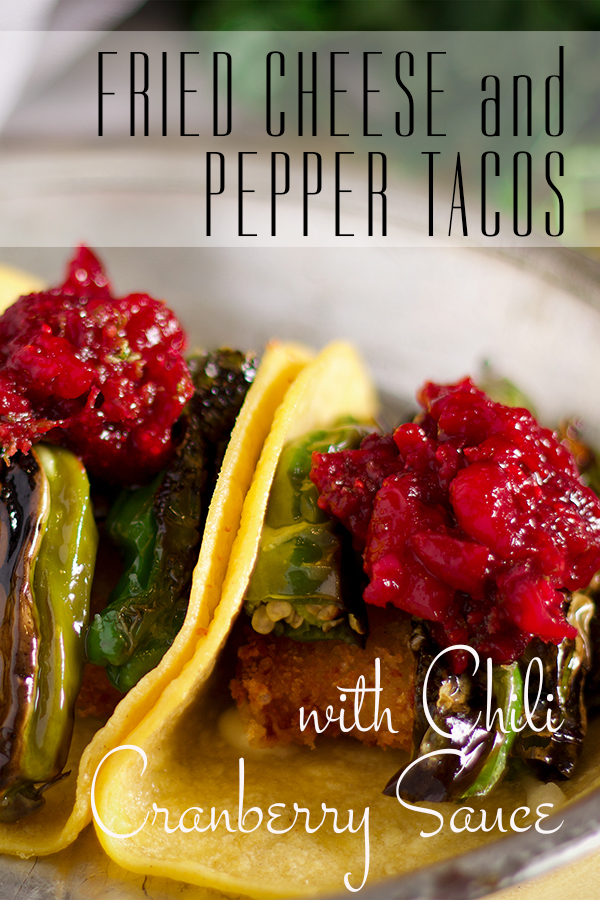 The first thing I want to tell you about these tacos is that if you're lucky, you'll have some chili spiked cranberry sauce left over. I'm telling you this dear reader on good authority, as my current situation involves a toasted turkey sandwich with melted havarti and a generous dollop of chili cranberry sauce. It's soooooo good and proof positive that leftovers are a beautiful thing.

THIS is the cranberry sauce that will be showing up on our Thanksgiving table from here on out.

Also, it's going to make a few appearances throughout the rest of the year as well. Especially on tacos. I don't know why I didn't think of it before, but a little Aleppo Pepper (or Ancho chili powder) in cranberry sauce is seriously, ridiculously good. The chili does what chilies do best - balance out sweet, salty, and tart flavors while adding a rich, slightly spicy smokiness that elevates the entire dish.

What I'm trying to say is... Chilis and Cranberries are the perfect match.

So, it's no surprise that a little chili spiked cranberry sauce is a perfect compliment to seared shishito peppers (or roasted poblano peppers). Add some crispy fried cheese (FRIED CHEESE!) and you have a delicious combination of textures and flavors that leaves you wanting more. And more. And more. 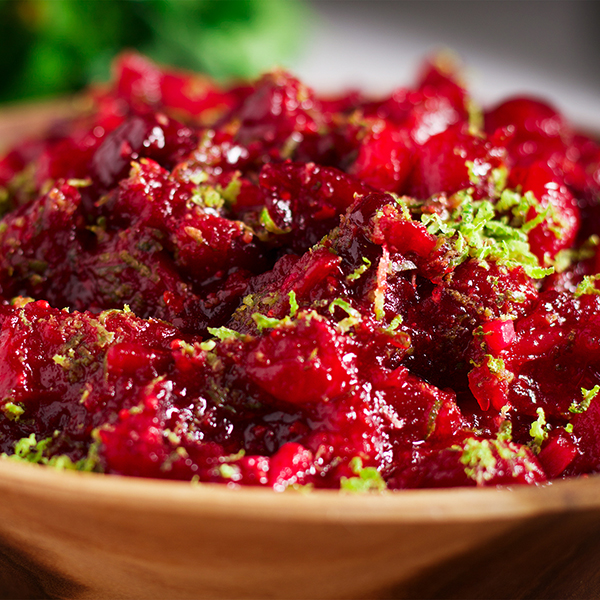 I was introduced to shishito peppers late in life and have been doing my darndest to get caught up and consume my share of the past 40 years in which my life was, sadly, shishito-less. I've never met a pepper I didn't like, but the greatest thing about shishito peppers is that they are so mild you can happily eat an entire plateful of them without the side effect of internal bleeding. (Not that that ever stops me.)

My favorite way to prepare shishito peppers is to simply sear them in a very hot pan with a teaspoon or so of olive oil until their skins are blackened and charred. Then, dump them into a bowl, sprinkle with flaky sea salt, and dive right in. That's it. So simple.

That super simple preparation method is all that's required for these tacos. You can even sear and salt the peppers ahead of time if you like. Although, if you do, you might want to make extra because you're probably going to snack on a few. Or 20. 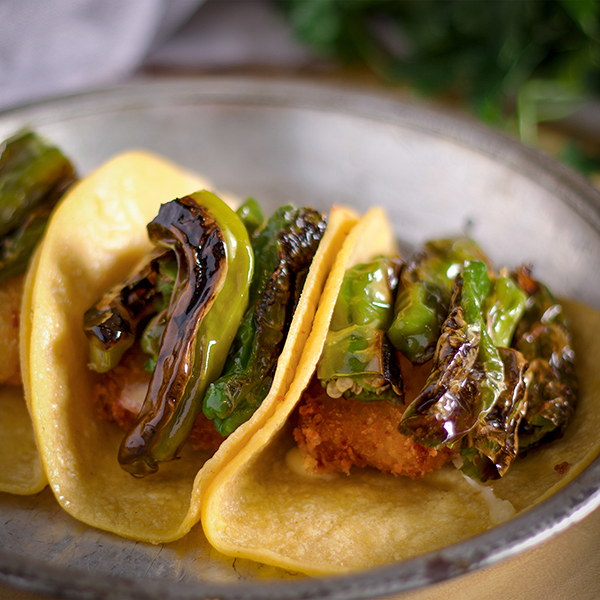 If you can't find shishito peppers...

The good news is that Poblano peppers or Anaheim peppers, both of which are much more widely available, make excellent substitutions. I've included instructions for how to prepare Poblano or Anaheim peppers for these tacos in the note section of the recipe card.

I'm not sure that fried cheese needs any explanation. I mean, it's Fried. Cheese. Simply slice up some Queso Blanco or Queso Fresco, coat it in a thick layer of panko bread crumbs, and fry in hot oil until the outside is all golden and crispy and the inside is all melted and gooey. 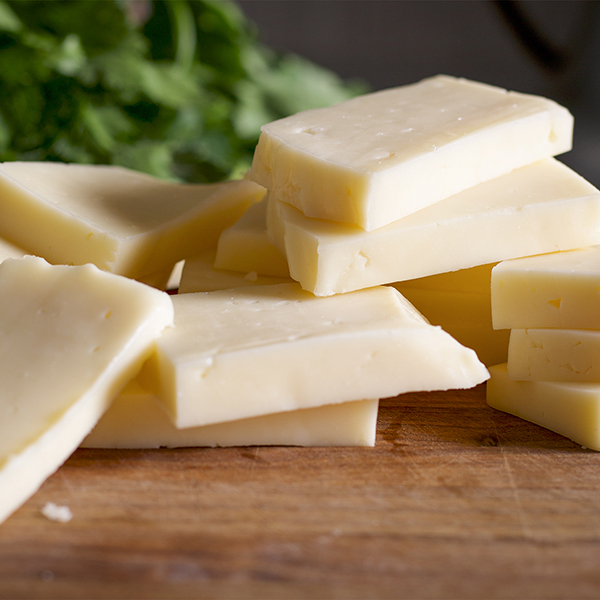 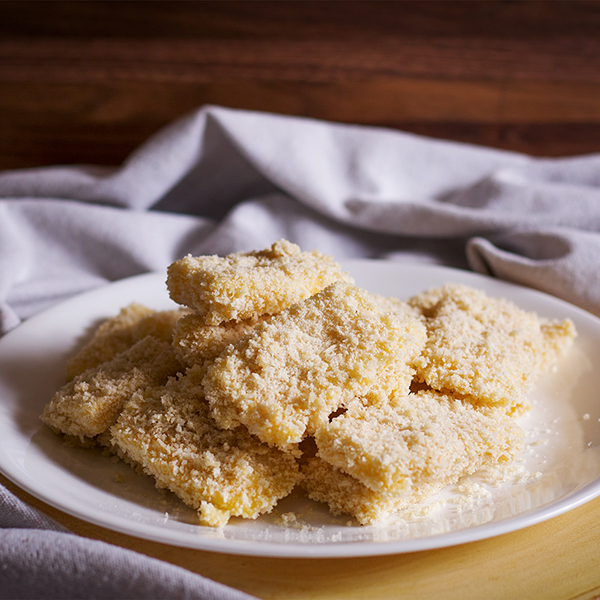 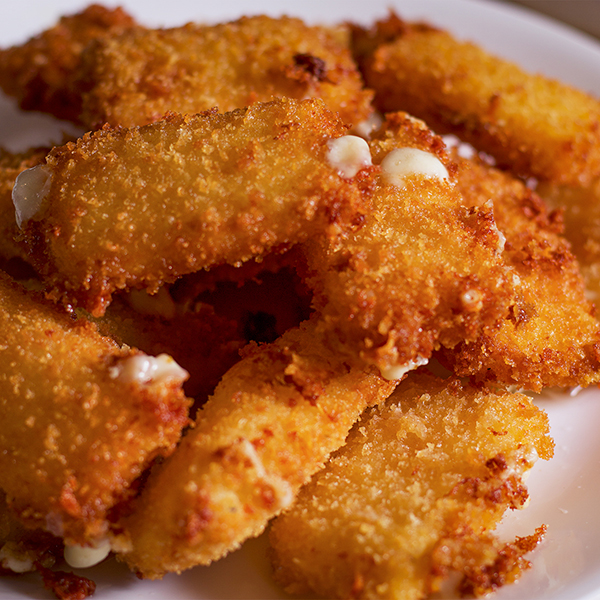 As is the case with all fried foods, it's important to use a fry thermometer to monitor the temperature of the oil. The cheese should be fried at approximately 325 - 340 degrees. As it cooks, do your best to adjust the burner heat so that the oil stays as close to 325 - 340 degrees as possible. 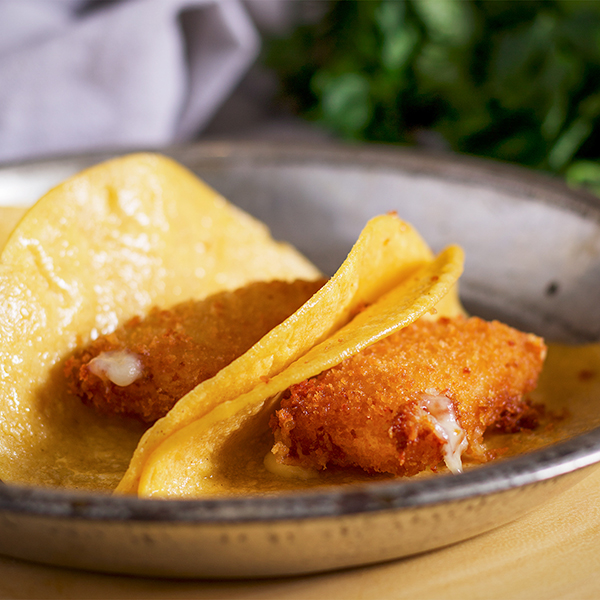 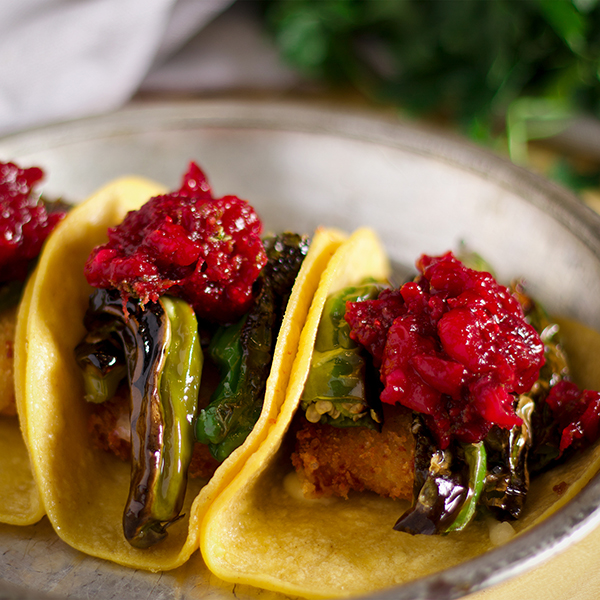 Frozen Cranberries are the way to go for these tacos

For those of you thinking, "but cranberries are only available in my supermarket during November and December", head on over to the freezer isle for a bag of frozen cranberries.

Even when cranberries are in season, I generally prefer using frozen ones. I think because they freeze them right after picking, they are often more fresh than the bags of fresh cranberries in the produce section that have probably been sitting there for a while. 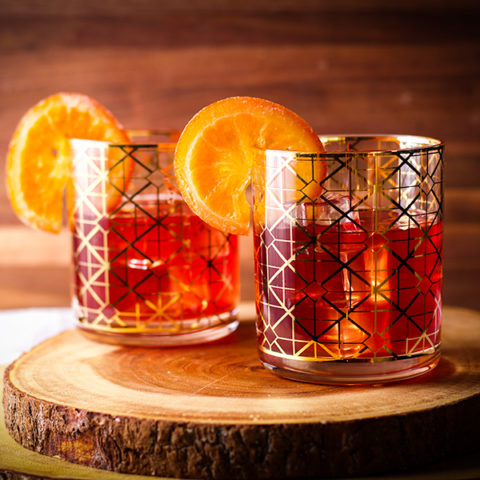 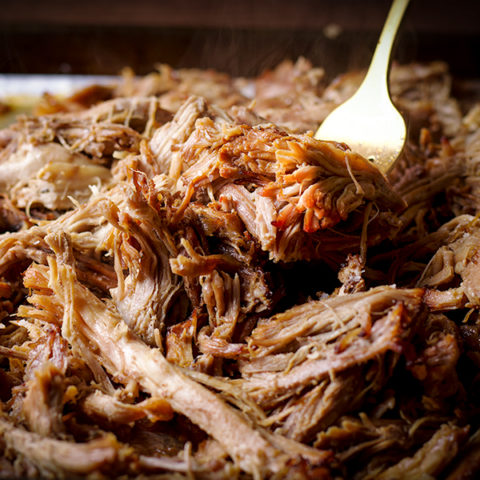 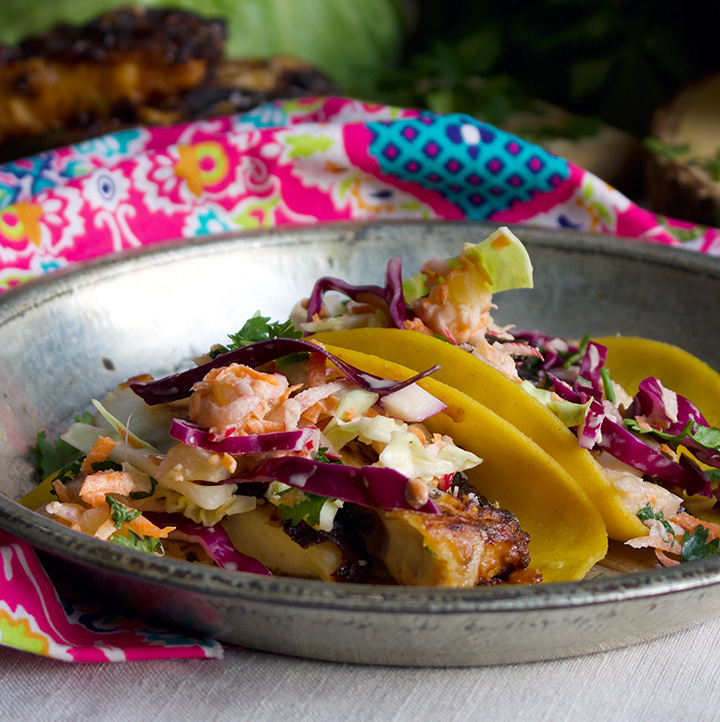 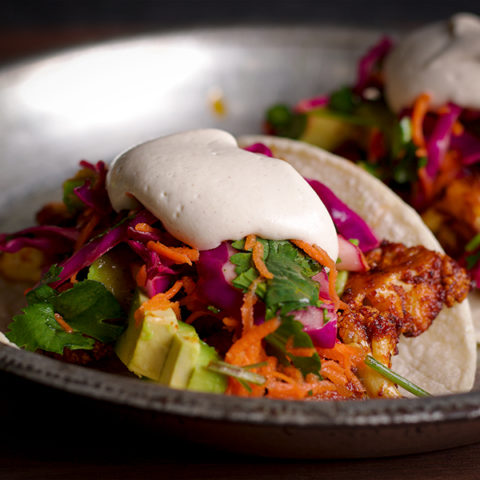 Cauliflower florets are marinated in tequila, lime, and hot sauce then roasted with chili powder, cumin, and paprika. Layer all that deliciousness into a soft corn tortilla and top it with chunks of avocado, crisp cilantro cabbage slaw, and a dollop of Vegan Sour Cream. 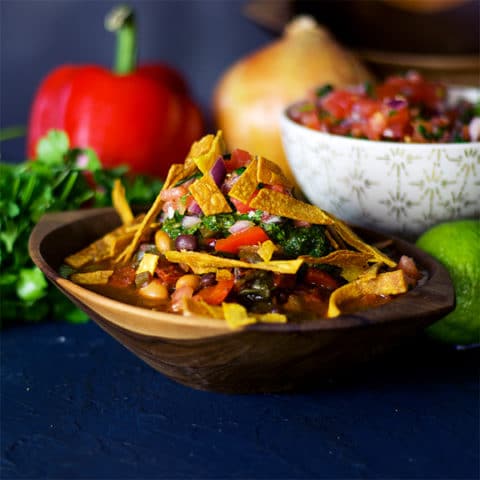 Vegetarian Chili packed with beans, onions, poblano peppers, red bell peppers, zucchini, and tomatoes that are simmered in a spicy red wine broth, then topped with chimichurri sauce, fresh Pico de Gallo, fried tortilla strips, and, if you like, some shredded cheese. 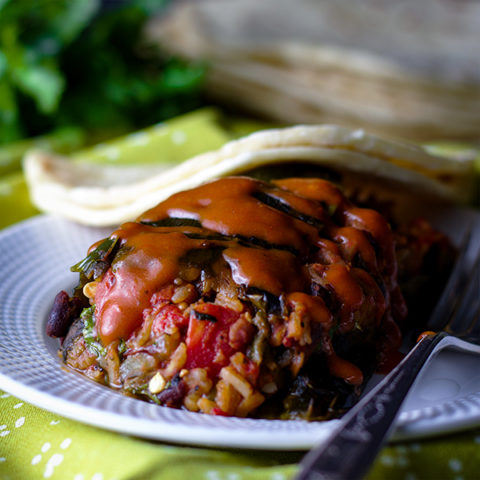 Black beans, rice, tomatoes, onions, garlic, and spices are simmered in red enchilada sauce and then stuffed into roasted poblano peppers. These Stuffed Poblano Peppers are a staple meatless meal around my house because they are simple, healthy, and so delicious we crave them on the regular. 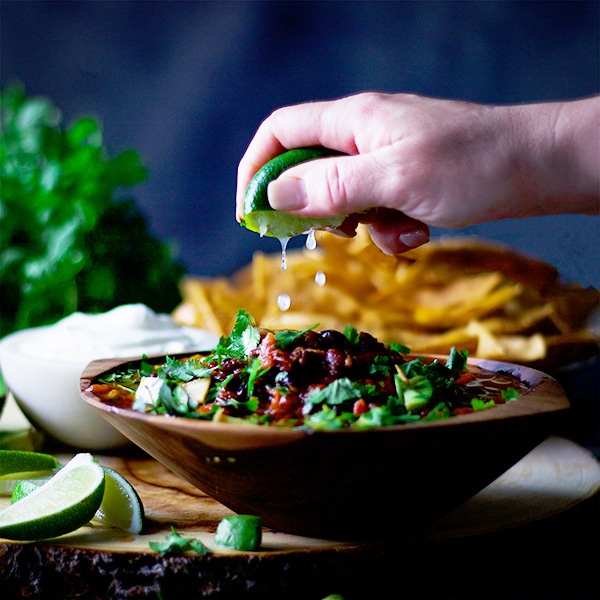 Start to finish, this fresh tasting soup will be on the table in well under 30 minutes, making it a super quick, healthy meal that I find myself coming back to over and over again. Perhaps you will too. 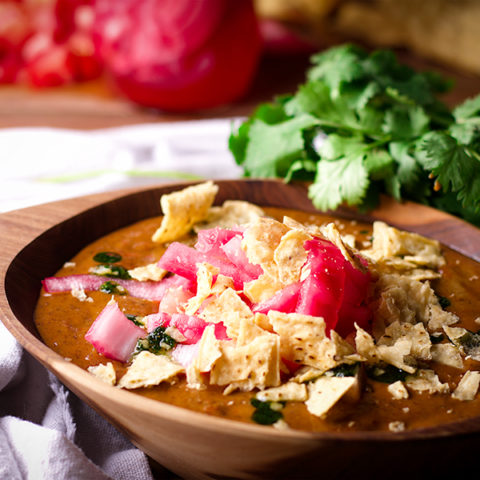 This creamy black bean soup is all about layer after layer after layer of flavor. It's spicy, smokey, and savory with hints of sweet and sour. It's filling without weighing you down, decadent and nutritious, and the kind of vegan food that could please even the most dedicated meat eater. The soup comes together in under an hour and will keep well in the refrigerator for days. In fact, it might even be better the next day. 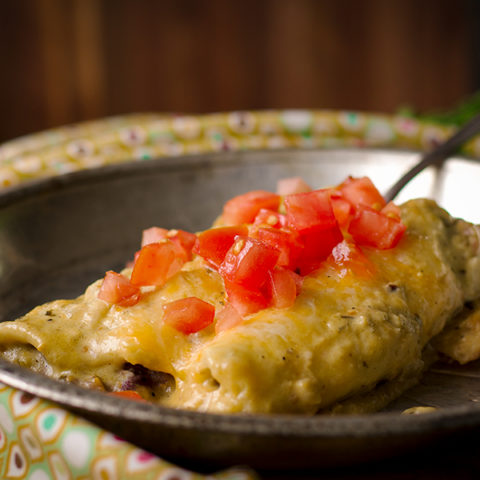 Flour tortillas filled with black beans, green chilies, and cheese, and smothered in a creamy tomatillo sauce and plenty of melted cheese. These enchiladas are one of those go-to recipes I come back to over and over again. 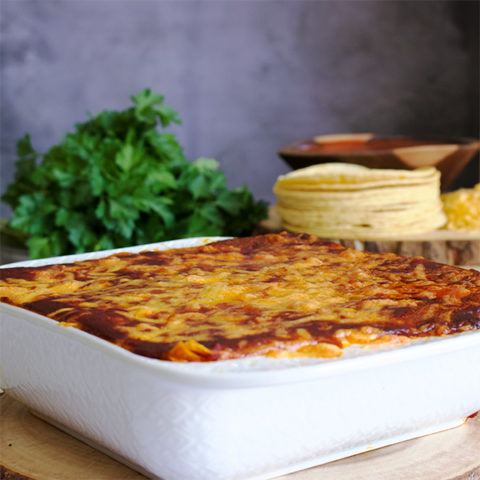 Cheese Enchilada Casserole with {or without} Chicken

For the Chili Cranberry Sauce:

For the Shishito Pepper Tacos with Fried Cheese:

If using poblano or anaheim peppers: 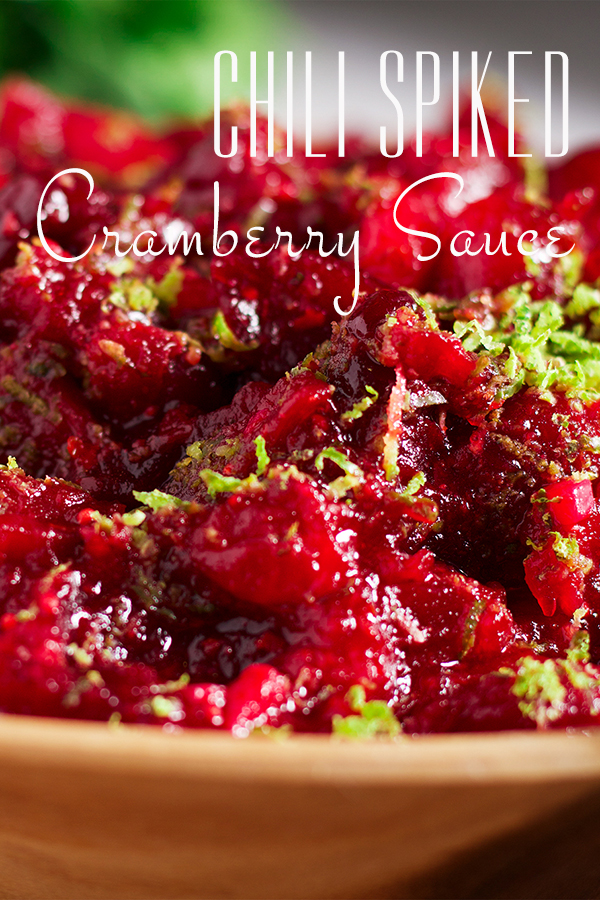 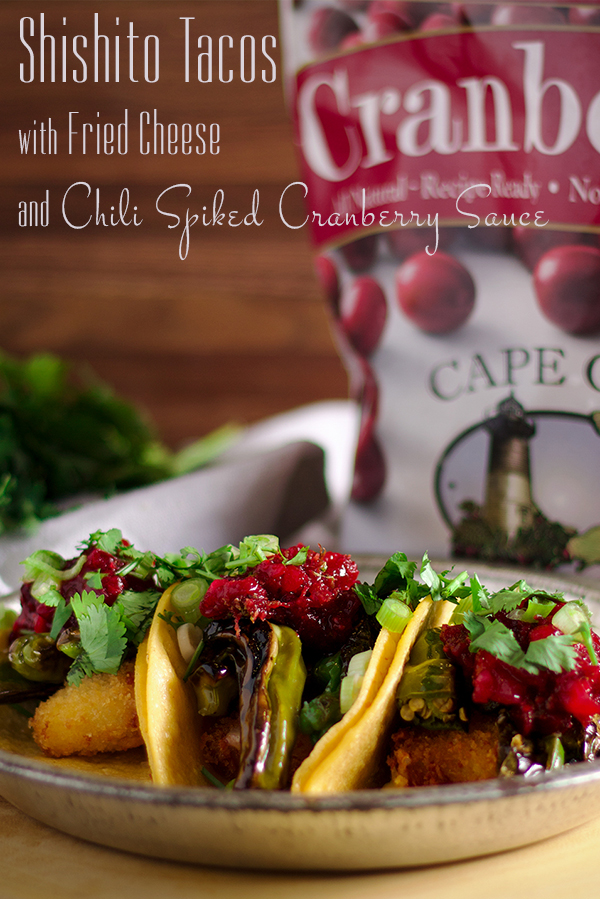