The first time I ever made homemade chicken broth, I wanted to kick myself for all the money I’d wasted buying expensive cartons of the highest-quality-I-could-find-but-still-mediocre broth at the market.

Because here’s the thing: If you roast a chicken, you can also make a few quarts of chicken broth for only the cost of the water in the pan.

Here’s the other thing: There are a ton of recipes out there that tell you to add this or that to homemade chicken broth, but all you really need to do is put some chicken bones in a pot, cover them with water, and let it simmer away for 12 hours or so.

If you get in the habit of roasting chickens a few times a month, purchasing broth becomes a completely unnecessary expense. If you make more broth than you can use that week, freeze it. You can also freeze the chicken bones to make broth with them later.

Don’t worry about picking the bones perfectly clean of meat. Some scraps of meat left on the bones enriches the flavor of the broth.

After roasting your chicken, reserve the liquid in the bottom of the roasting pan and pour that into the pot with the bones and the water.

I almost always let the chicken broth simmer away over night. After roasting a chicken for that night’s meal, I get it simmering at the right temperature, and then go to bed. In the morning, depending on my schedule, I sometimes let it simmer for a bit longer, or I strain and refrigerate it soon after waking up.

The broth can be used right away; however, chilling it in the refrigerator allows the excess fat to congeal at the top so you can just scrape it right off. 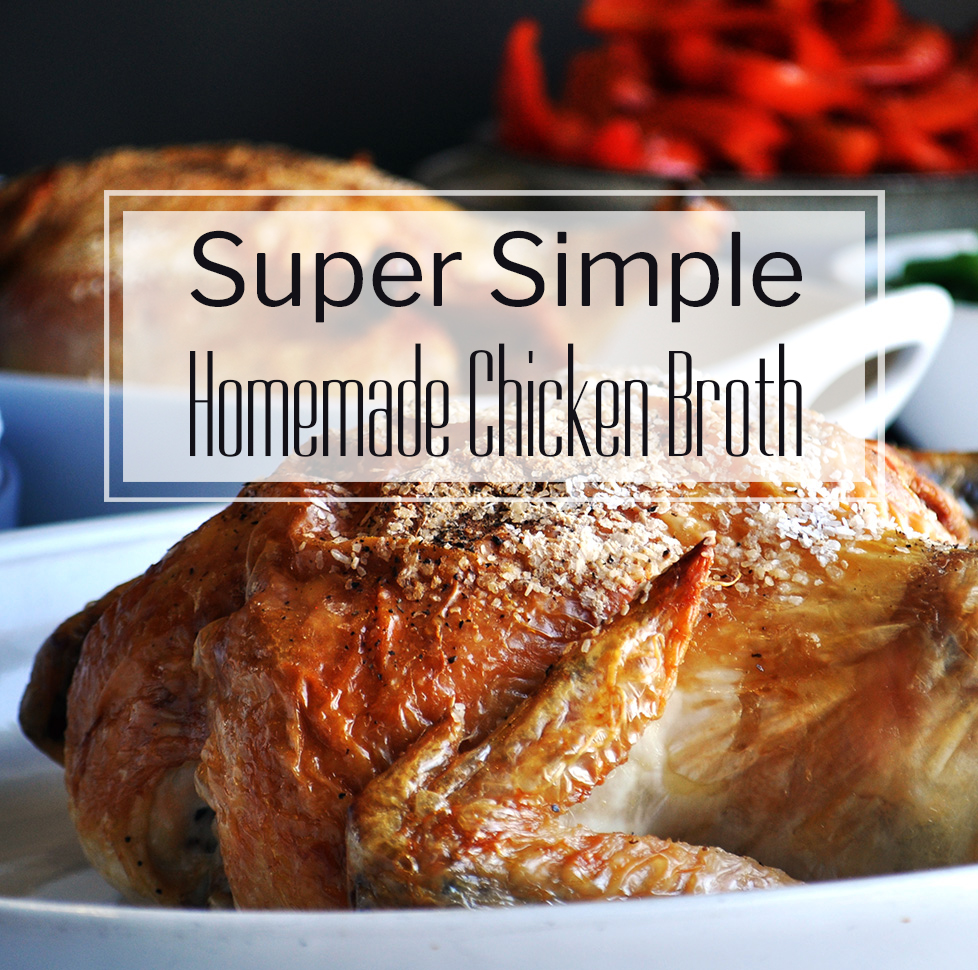