Chuck roast is cooked low and slow in a rich marinara-based BBQ sauce then served with crispy roasted cabbage, tender rice, and plenty of sauce. This dish is all sorts of simple, warm, and comforting. 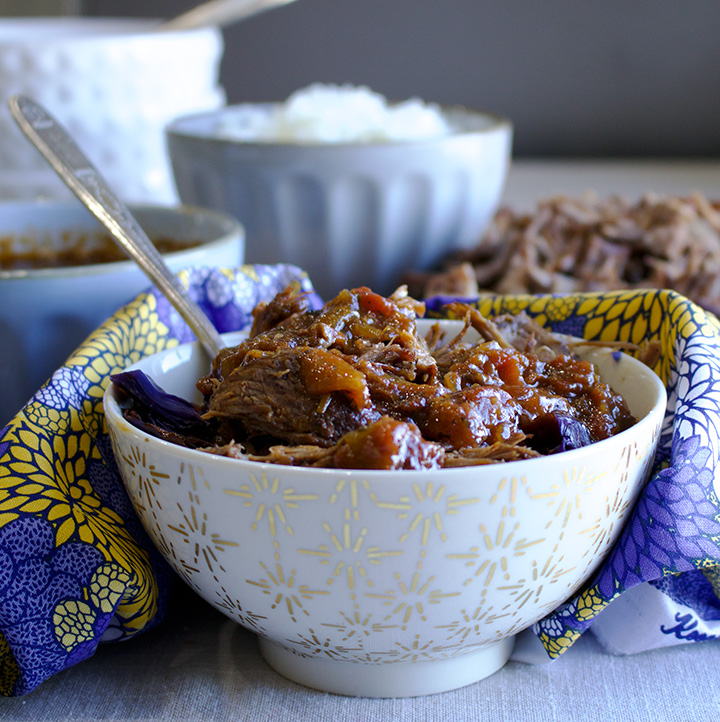 When cooking any kind of beef low and slow, you want to start with a tough cut. Those cuts of beef that would be like chewing on leather if you threw them on the grill to cook fast over high heat - that's what you want for things like Pot Roast, Tuscan Braised Beef, Short Ribs, or Slow Cooker BBQ Beef.

Good choices for any beef recipe that requires long, slow cooking are brisket, rump roast, or bottom round roast. But, my favorite is chuck roast. Chuck roast is considerably cheaper than brisket. Also, there are two different cuts of brisket - one that's dry and super lean and another that's more fatty. Since brisket is best cooked low and slow, the fattier cut is preferable. Unfortunately, the fattier cut of brisket is also fairly difficult to find, while chuck roast is readily available at pretty much any supermarket.

Rump or bottom round roast will also work for this dish, but have a similar problem to lean cuts of brisket - they are on the lean side. When cooking beef for a long time at a low temperature, cuts that contain a relatively high percentage of collagen and fat - like Chuck Roast! - are more desirable. The long cooking time melts the collagen and fat, tenderizing the meat while it cooks.

Marinara Sauce is the perfect, simple base for Slow Cooker BBQ Beef.

Before I tell you that your favorite super market marinara sauce will work perfectly well in this dish, let me put in a small plug for the homemade variety. There is nothing better than a big pot of homemade marinara sauce simmering away on the stovetop, making your house smell all warm and comforting and like you've been cooking all day, when in reality great marinara sauce only takes about 15 minutes of hands-on time.

The secret is to let it simmer away on the stovetop for a couple of hours, which makes it smell like you've been slaving away over a hot stove even thought you totally haven't. I won't tell.

I like to make a big batch of marinara about every 6 weeks or so, dividing it into portions and storing it in the freezer. Having it on hand means a quick plate of spaghetti marinara is always only about 15 minutes away. But, also, marinara is the starting point for all sorts of yummy dishes, such as...

If you don't have any homemade marinara on hand but still want to use it to make BBQ Beef, just get it going early in the day, or plan ahead and make it a day or two before. BBQ Beef takes about 5-6 hours in the slow cooker (on high), so if you got the marinara sauce cooking by around 9 or 10 am, you'll have more than enough time. 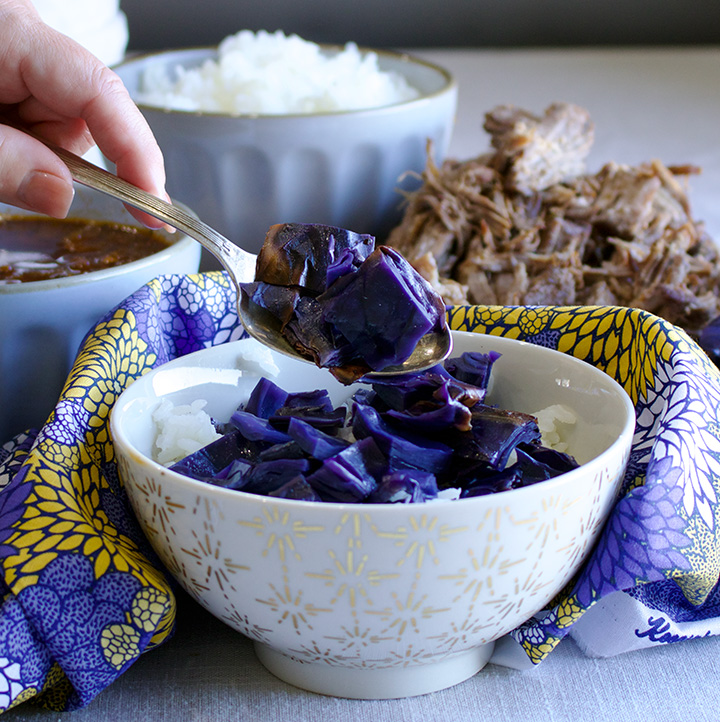 Use Roasted Cabbage - Or swap it out for a different veggie.

Roasted cabbage is something that gets made a lot at my house for 2 reasons: It takes about 5-minutes of hands-on work, and, if you’re a cabbage lover like me, is crazy-good. I particularly like it with BBQ Beef, but if you're not a cabbage fan or simply have other veggies you want to use instead, I think pretty much any vegetable would be good in these bowls - roasted or sautéed. 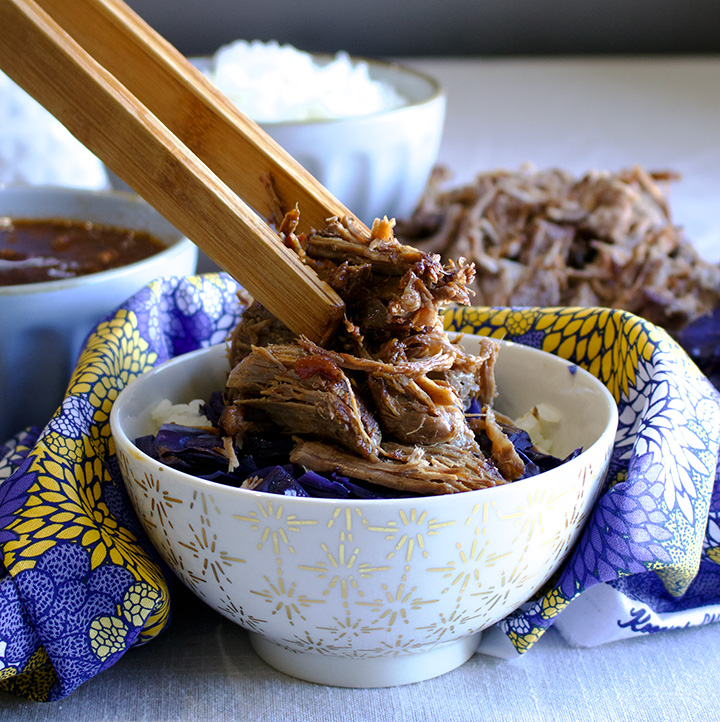 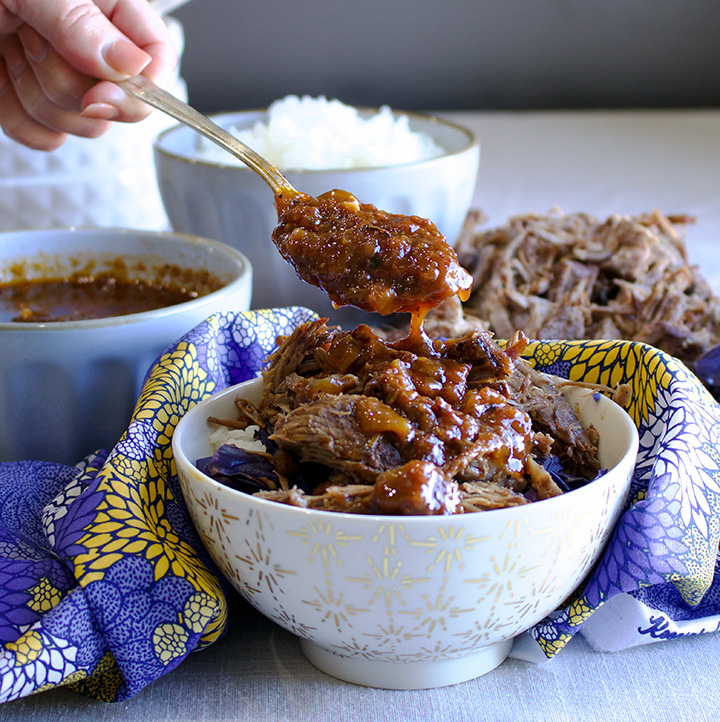 BBQ Beef is one of those dishes to consider doubling just for the leftovers. It's great to have in the freezer, just hanging out and waiting to be reheated for a quick sandwich supper - or, of course, rice and veggie bowls.

Used in this Recipe:

For the Slow Cooker BBQ Beef:

For the Roasted Cabbage and Rice:

To Make the Rice and Cabbage:

To serve: Divide rice between 4 bowls. Top with cabbage then spoonfuls of saucy BBQ beef.