White Bean and Chorizo Chili with Cornbread Crust and Cheese

This simple tamale pie starts with a quick cooking white bean chili made with Spanish chorizo, white beans, and salsa verde that’s spread into a baking dish, covered with a crispy-tender cornbread topping and plenty of cheese, and baked until golden, bubbly, and delicious. 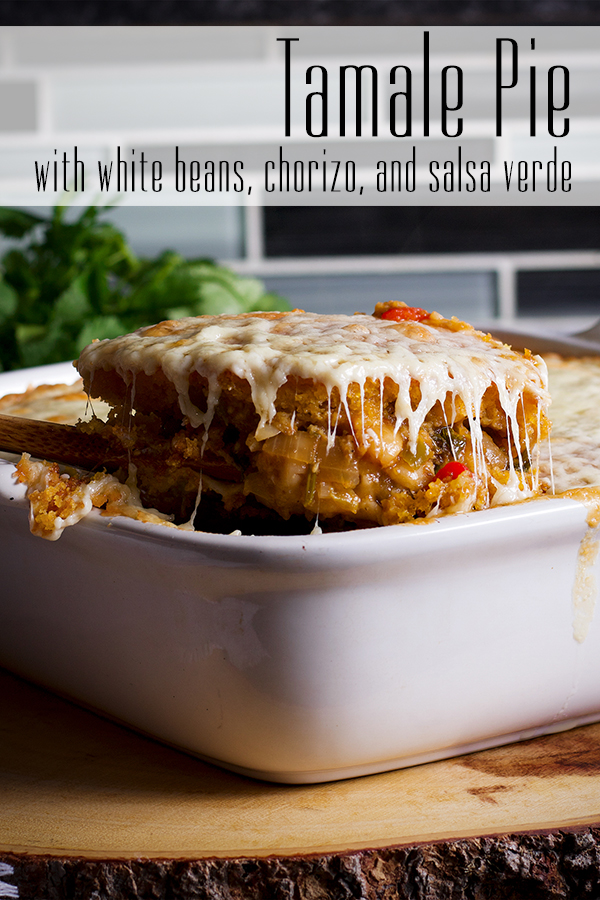 What is Tamale Pie? (aka, Cornbread Pie)

Years and years ago, when I was first learning both how to cook and that it was something I actually enjoyed doing with my time, I read a recipe in a cookbook for “Chili Cornbread Pie”. It was the first time I’d ever heard of such a dish, which consisted of thick ground beef chili nestled beneath cornbread batter and then baked. If I remember correctly, the recipe was written as a way of using up leftover chili and I thought it was both genius and delicious.

The “chili” is made in about 30 minutes using aged chorizo, white beans, and salsa verde. The chorizo adds a rich meatiness that is a delicious compliment to the fresh, bright, acidic nature of salsa verde. Unlike chili made with ground beef or stew meat, chorizo doesn’t need hours to cook. A quick sauté and then 20 minute simmer is plenty of time to incorporate all the flavors and produce a rich base for this Tamale Pie.

The Tamale Crust takes about 5 minutes to make and creates a cornbread topping that is crispy on the outside and tender on the inside. Topped with cheese during the last few minutes of baking, the crust is a party of textures – soft, tender, crispy, and cheesy. 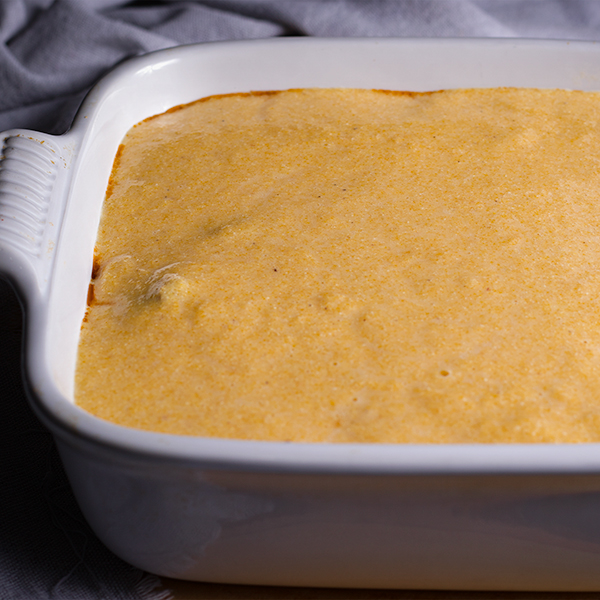 Aged chorizo (Spanish Chorizo) and fresh chorizo (Mexican Chorizo) are so different they probably shouldn’t both be called “chorizo”.

Mexican chorizo is the consistency of ground beef or ground sausage. It’s made with freshly ground pork and seasoned with onions, garlic, cumin, and chili powder.

Spanish chorizo is also made with pork, but packed into casing and cured. It’s seasoned with spicy paprika and air-dried to a semi-hard, sliceable consistency.

For this dish, you want to use Spanish Chorizo. Mexican chorizo is much fattier and will dilute the consistency of this chili, making it runnier and a bit greasy. Spanish Chorizo, on the other hand, does not contribute excess fat to the chili and contributes mouthfuls of meatiness that is an essential contrast to the saucy chili and soft cornbread crust.

Spanish Chorizo can also be difficult to find. Sometimes my local supermarket has it, and sometimes it doesn’t. I’ve found the same challenge in supermarkets across the country.

Kielbasa is a polish sausage that also has a consistency similar to Spanish Chorizo. Like Andouille, Kielbasa also has a smoky flavor, which is important to this dish. However, it’s not spicy at all. To compensate, simply add a dash of cayenne or hot chili powder along with the other spices in the chili. 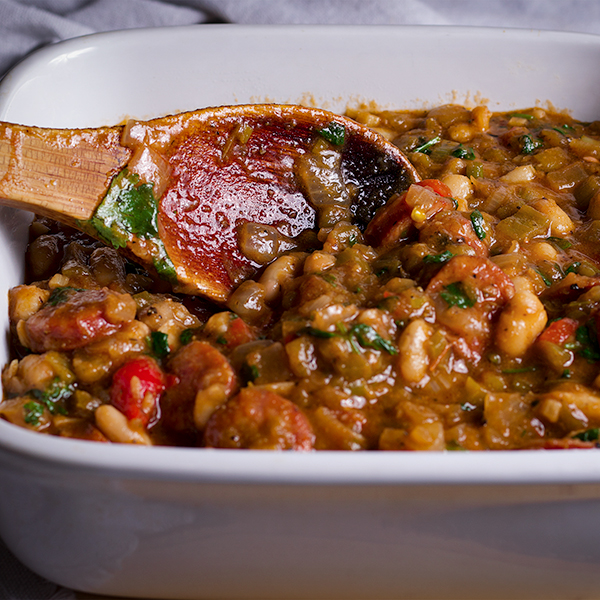 Either will do, but whenever possible, use dried beans. There really isn’t any comparison between a pot of creamy cooked dried beans and canned beans. Cooking dried beans slowly, with whatever seasonings you like, produces beans that are considerably more creamy and flavorful than anything you’ll ever get from a can.

Cooking dried beans is NOT difficult, or even time consuming. It just requires a bit of forethought. Soak the beans overnight in some water, then dump them in a pot or slow cooker with more water and some spices and let them cook.

This recipe for How To Cook Dried Beans calls for cooking a pound of beans, which is much more than you’ll need for this Tamale Pie. You could just cook fewer dried beans – but, they freeze beautifully. And, having beans in your freezer is practically as convenient as having cans of beans in your pantry, so why not make the full batch?

As with the beans, homemade salsa verde is substantial better than most anything you’ll find in a jar or a can – IF tomatillos and poblano peppers are in season. That’s a big and important IF.

Homemade Salsa Verde is easy to make and packed with flavor when tomatillos and peppers are at their peak. In the off-season months, just open up a jar of the best quality prepared salsa verde you can find. My favorite varieties are Herdez, Frontera, and Pace. 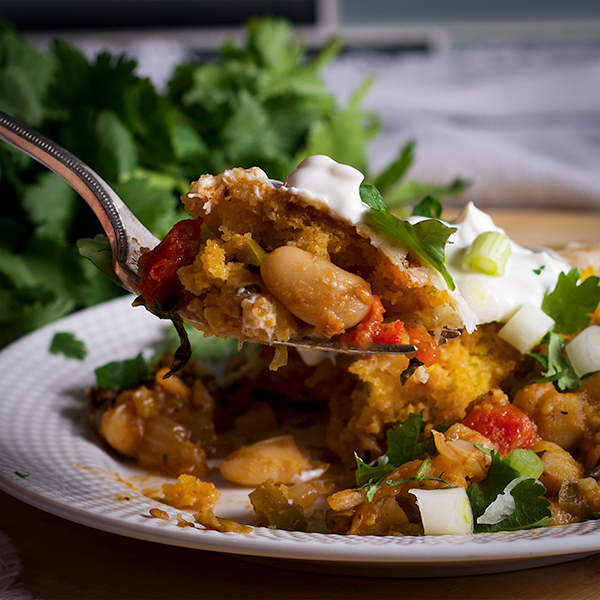 More Recipes that Include Chorizo and Salsa Verde:

This simple tamale pie starts with a quick cooking white bean chili made with Spanish chorizo, white beans, and salsa verde that’s spread into a baking dish, covered with a crispy-tender cornbread topping and plenty of cheese, and baked until golden, bubbly, and delicious.

For the White Bean Chili and Chorizo Filling:

For the cornmeal tamale topping:

Make the cornmeal tamale topping and bake the pie:

*Cured chorizo, which comes in links, is much better in this dish than ground, fresh chorizo. But it can be difficult to find in some areas. If your local supermarket doesn’t carry cured chorizo, use andouille sausage instead. In a pinch, you can also use kielbasa sausage. Kielbasa won’t add any heat like chorizo or andouille, so you might want to add a dash or two of cayenne or hot chili powder. See the notes above the recipe for more information about the difference between cured and fresh chorizo.