Shredded cabbage, carrots, red bell pepper, and radishes are combined with a jalapeño spiked dressing, chunks of pineapple and fresh cilantro for a coleslaw that's a deliciously surprising study in flavors and textures. 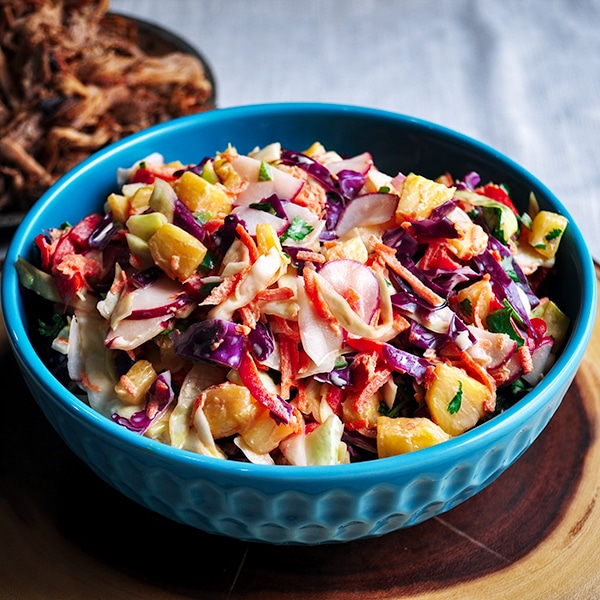 The first time I had pineapple coleslaw was in Hatch, New Mexico while on a motorcycle trip with my husband. We were headed to California in the month of March, which can be an unpredictable time of year to be on a motorcycle in much of the USA. In effort to avoid a snowstorm, we headed much further south than we had originally planned. The day we landed in Hatch around lunchtime, the state of New Mexico was trying its darnedest to blow us off the road.

We landed in the tiny town, dazed, windblown, and hungry. The town itself has a population of less than 2000, but its known as the "Chile Capital of the World," because of the surrounding farmlands that grow a wide variety of peppers, especially what many of us know as "Hatch Green Chilis". We decided to eat at Sparky's, a quirky little hole in the wall with a line out the door.

I ordered chicken smothered in green chili Queso and served with pineapple coleslaw. The chicken and Queso was great, but that slaw... I knew I was going to make it as soon as we got home. 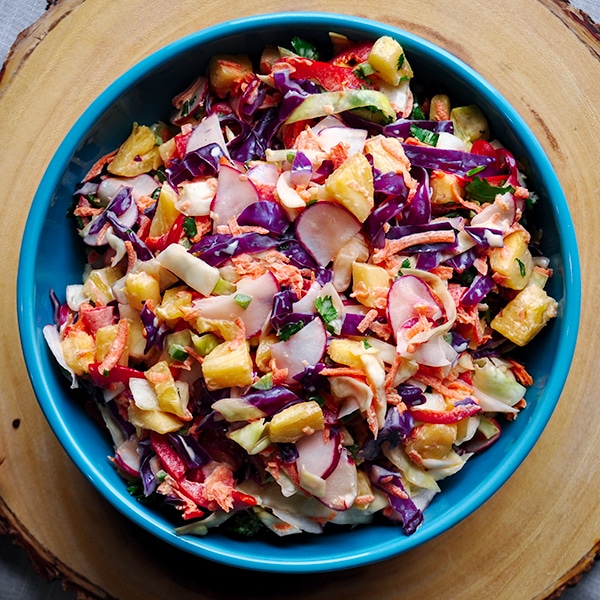 As good as it was with chicken and Queso, I like it even more over pulled pork.

But, this slaw would also be great served alongside roast chicken, fried chicken, or spooned over fish or chicken tacos. It would make a welcome addition to any backyard BBQ or picnic. Or, eaten all on its own. 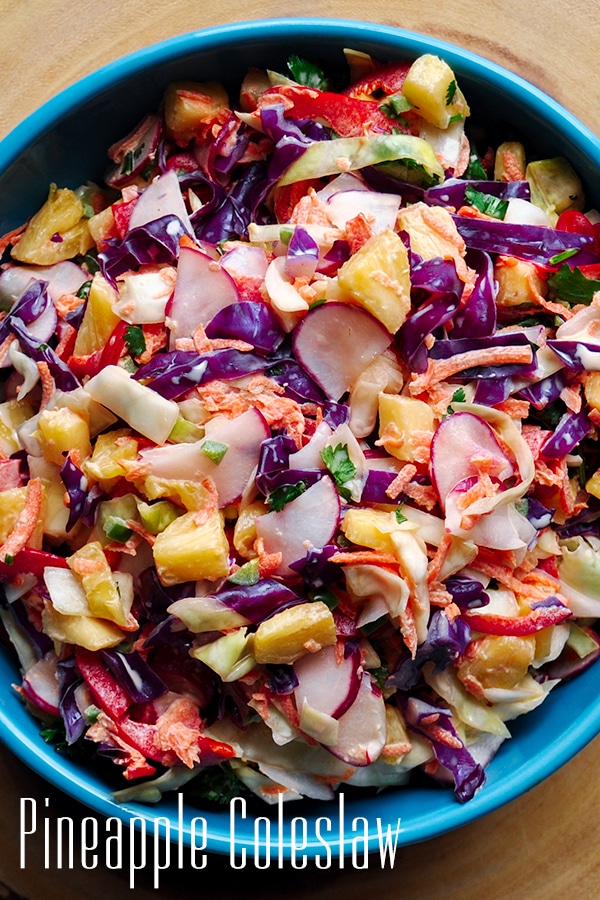