Beef and Barley Soup with Roasted Mushrooms and Bacon

Tender sirloin and crispy bacon swim in a garlic red wine broth with chewy pearls of barley, sweet carrots, and earthy roasted mushrooms. Beef and barley soup is rich and meaty enough to be called a stew, but ready to eat in just over an hour. 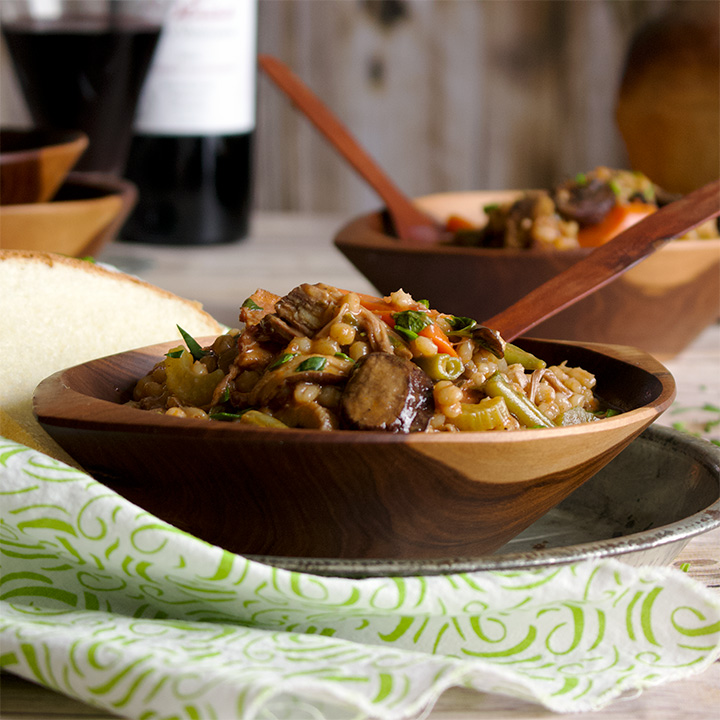 I feel like barley is an overlooked grain that deserves it's place in the sun every now and then. It's slightly nutty flavor and chewy pasta-like texture is a deliciously easy way to add some extra nutrition and flavor to what would essentially be a bowl of vegetable beef soup.

Here's the deal with Barley... there are two different varieties and, while both are yummy additions to beef and barley soup, one is quite a bit more nutritious than the other.

The main difference between the two is that with hulled barley only the inedible outer shell has been removed during processing, with the bran and endosperm layers left intact. This means that hulled barley is considered a whole grain and contains more fiber, minerals, and (I think) more flavor than pearl barley.

Pearl barley has been processed to remove the bran and endosperm layers. It cooks faster, is less chewy, and is easier to find than hulled barley. It's also a bit less nutritious. 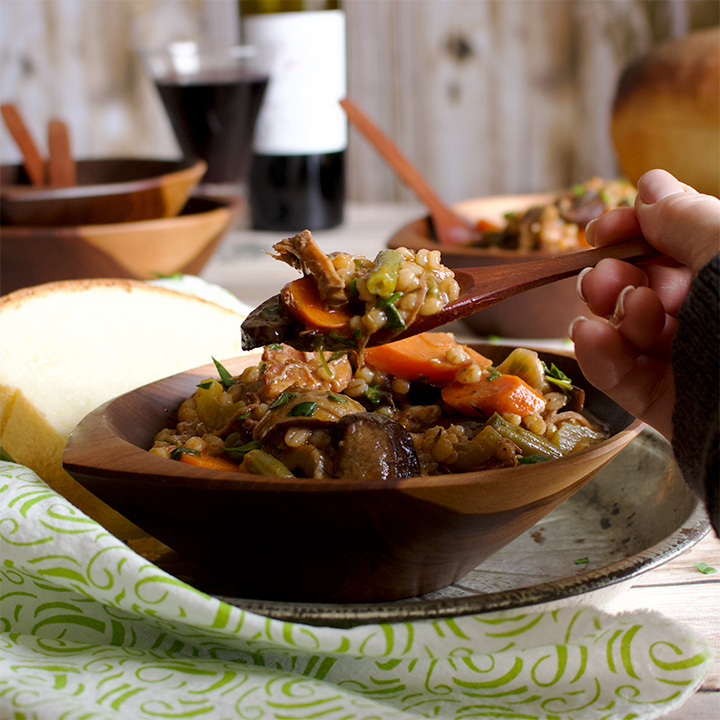 About the Beef in Beef and Barley Soup

Chuck roast is my usual go-to for roasts and stews because it's one of the most affordable and flavorful cuts of beef. But, chuck roast requires quite a long cooking time to render it tender. That's why this recipe calls for sirloin, which tends to work better in beef soup that cooks relatively quickly.

I'll be honest though. Mostly, I make beef and barley soup with leftovers. This soup is one of those magical ways to transform the leftovers of two dishes I make often - Slow Cooker Tri-Tip Steak and Slow Cooker Pot Roast - into a whole new, equally delicious, quick meal.

If you're using leftover beef, this soup will come together even faster because there will be no need to brown the meat before cooking. Just chop your leftover beef into small pieces and add it at the very end of cooking. 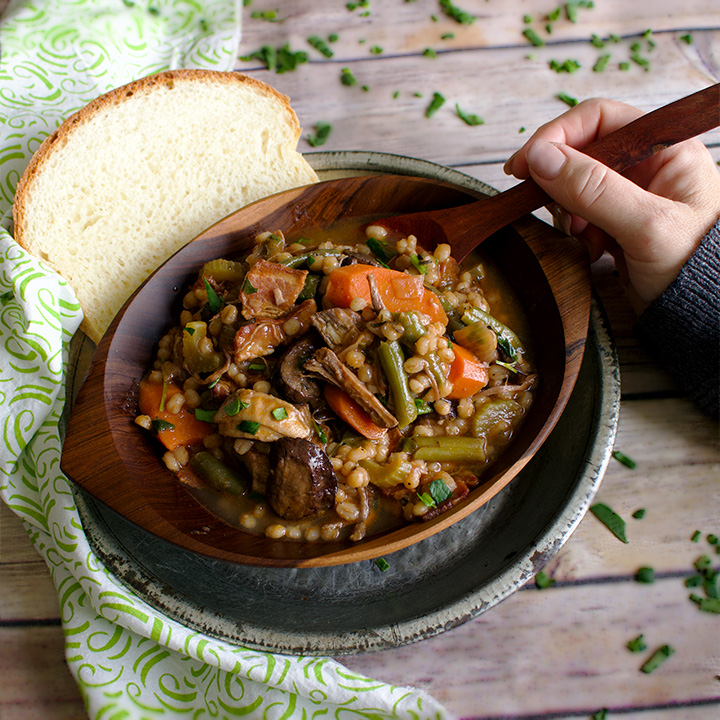 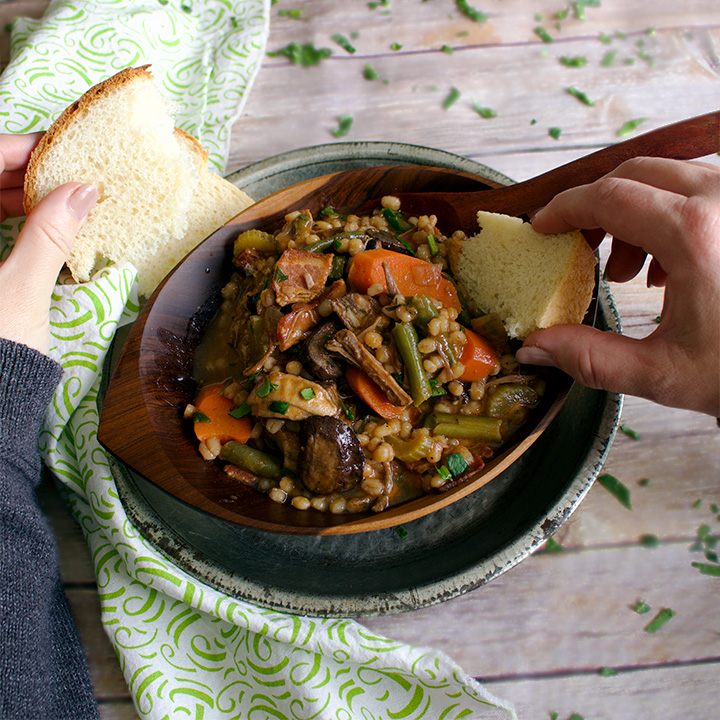 Just in case you're in the mood to blow the roof off the comfort level, this is my favorite super simple homemade bread recipe. I've been making loaves of this delicious bread for over 20 years because it's quick (ready in under 3 hours with only about 20 minutes of hands-on time), delicious, and fool proof.

It goes without saying that a slice or two of warm homemade bread with your bowl of beef and barley soup is enough to earn you the title of domestic genius for at least the rest of the month. Probably longer. 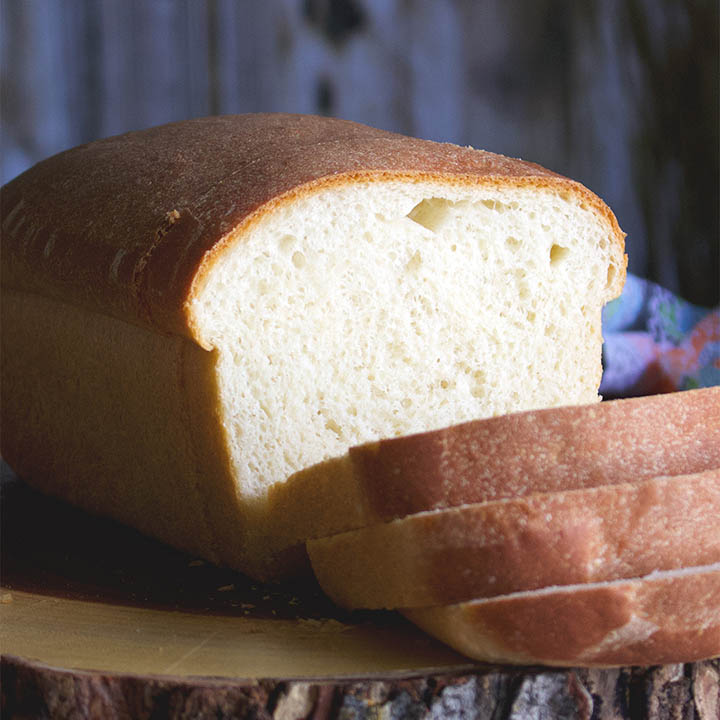 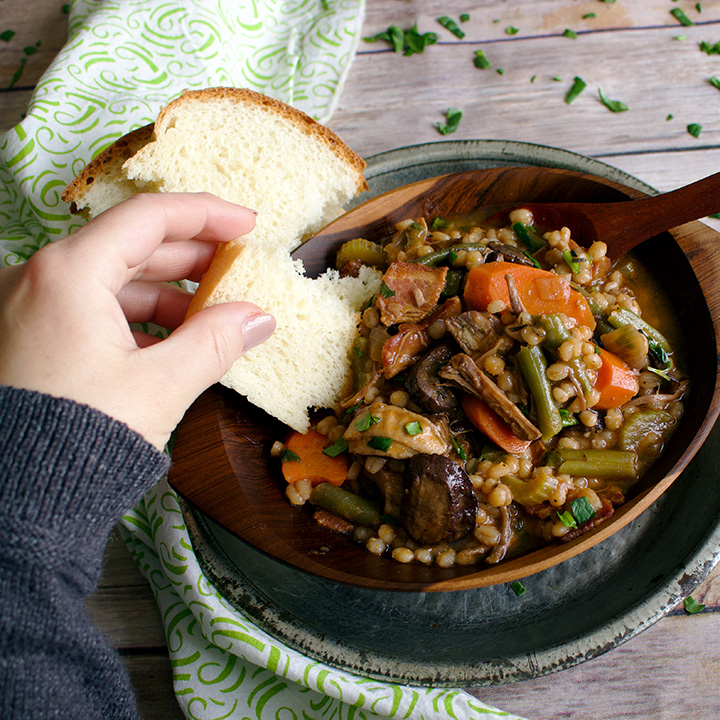 Tender sirloin and crispy bacon swim in a garlic red wine broth with chewy pearls of barley, sweet carrots, and earthy roasted mushrooms. Beef and barley soup is rich and meaty enough to be called a stew, but ready to eat in just over an hour. 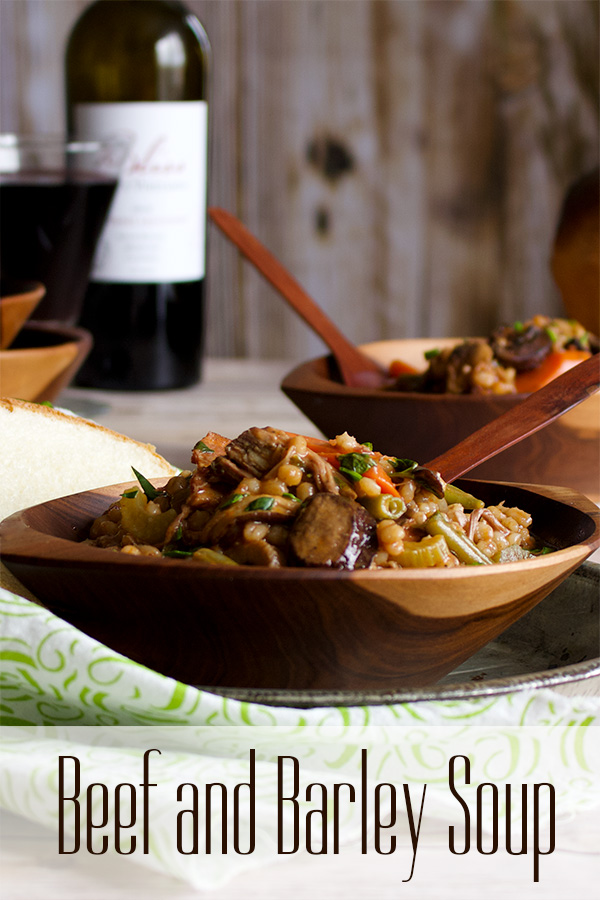