Juicy dark meat chicken and rice simmered with bacon, onions, garlic and peppers, served with black beans, peas, and cilantro for a simple, homey one-pot meal that's packed with the flavors of the Caribbean. 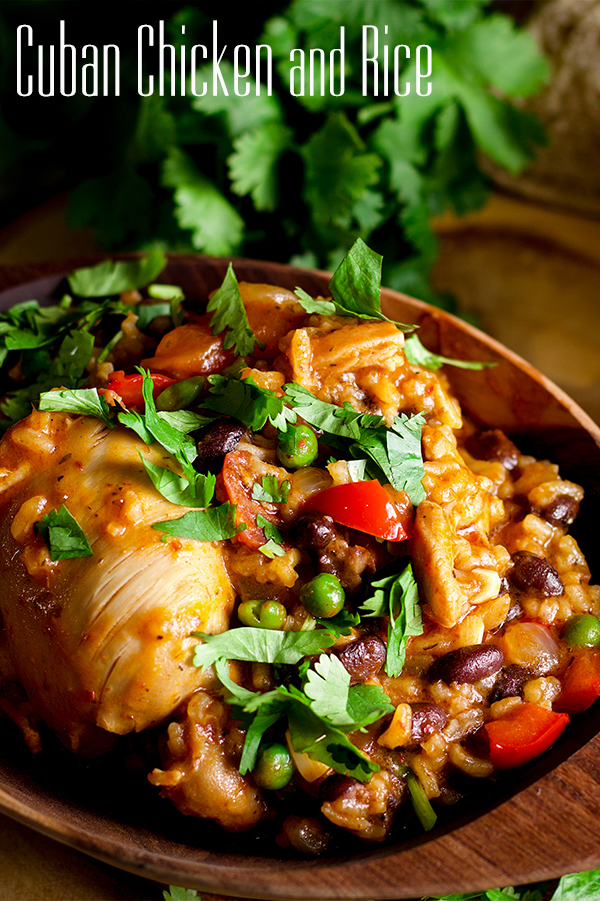 Most cuisines from around the world include some version of chicken and rice, cooked together in wine or broth, with vegetables, herbs and spices. These dishes are often the kind of simple one-pot comfort food that leaves everyone at the table feeling cared for and content.

This version of chicken and rice incorporates some of the flavors of Cuban cuisine (cumin, cilantro, garlic, onions, and peppers) along with a few untraditional ingredients (beans and bacon). Everything simmers together in one pot, for a meal that is simple and packed with flavor.

While most traditional chicken and rice dishes use bone-in, skin-on chicken, this recipe uses boneless, skinless chicken thighs, ensuring that a delicious, warm, comforting meal will be on the table in under an hour. 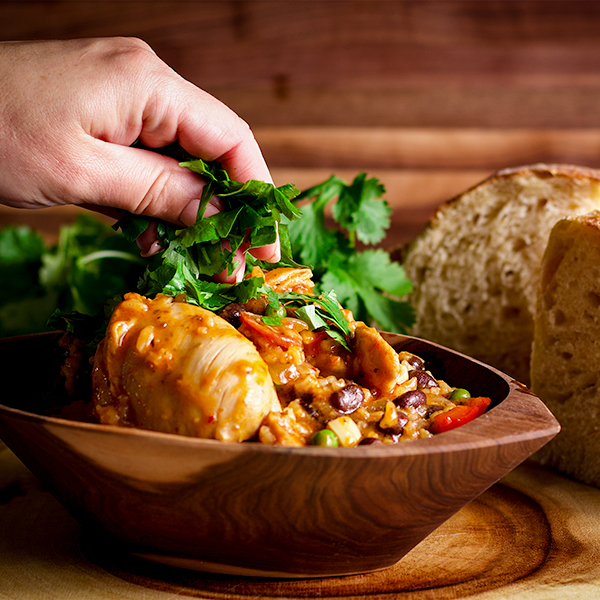 Use canned black beans or dried - the choice is up to you.

While you do need to plan ahead – soak the beans overnight and then let them simmer for a few hours the next day – the actually hands-on time to prepare a pot of beans is about 5 minutes. I’m not even joking.

So, a pot of slow cooked black beans is my first choice for this dish.

Having said that, I use a can of black beans more often than not, because I often find myself deciding to make this dish about an hour before I want to be eating it. 🙂 It's delicious either way. 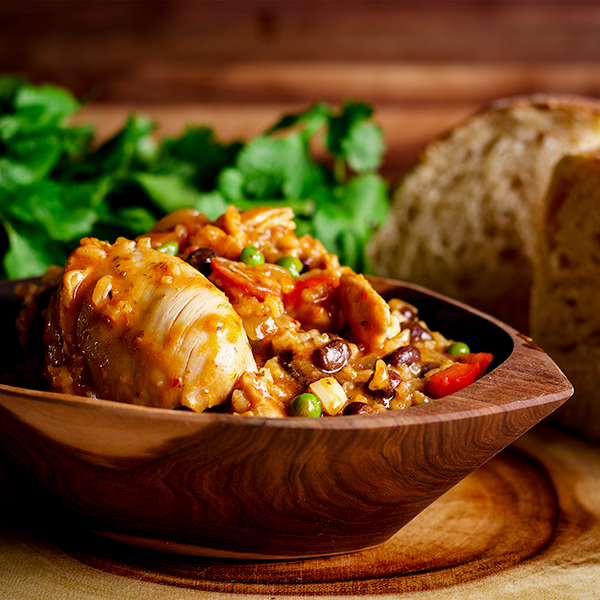 The incredible flavor of Aleppo Pepper

This recipe might be full of Cuban flavors, but there is nothing "Cuban" about Aleppo Pepper. The spice is named after the city of Aleppo in Syria, although with all the turmoil in the region, most of the Aleppo pepper available today comes from Turkey and a handful of other places.

Traditionally, Aleppo pepper is used to season meat or beans, or sprinkled over salads and vegetables. But, it can be used in place of any other variety of dried red pepper. In this dish, I've used it along with the more traditional Cuban spices of cumin, garlic, and oregano to add a little bit of smokey heat without going overboard.

The thing I love most about Aleppo Pepper is how much flavor you get for the amount of heat the pepper packs. Aleppo is about half as hot as crushed red chili flakes but packs double the flavor. Ask anyone in my family, and they’ll tell you I have a remarkable habit of going overboard with chilies and peppers, creating dishes that are so spicy we all have steam coming out of our ears. I just love the flavor of peppers so much that I tend to get a bit carried away. (Sometimes, more than "a bit" carried away.)

With Aleppo pepper, I can add twice as much and get four times the flavor without burning off our tastebuds. 🙌 Even though it's not a spice used in Cuban cooking, it's SO GOOD in this dish, I just couldn't bear to leave it out.

Aleppo Pepper can be difficult to find in most supermarkets, but it readily available online. 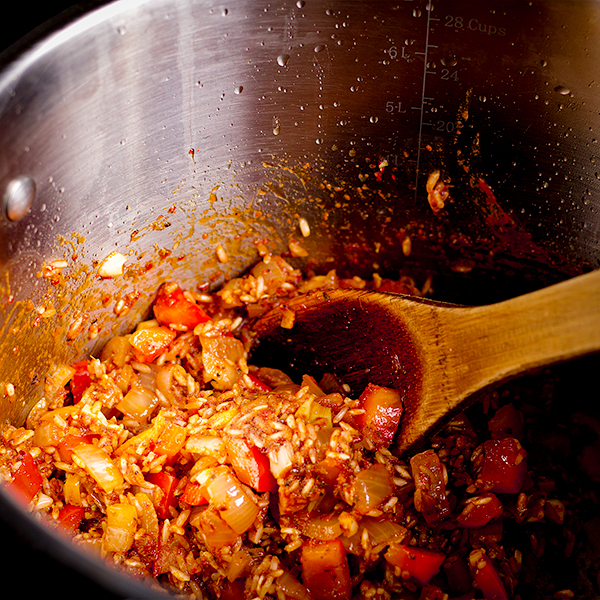 Want a real treat??? Serve this with Homemade Tortillas.

Homemade tortillas will forever ruin you from ever enjoying the standard supermarket variety again. Just warning you now. They are surprisingly easy to make, especially if you have a standing mixer to knead the dough for you. You literally dump all the ingredients into the mixer bowl, let the mixer knead the dough until it's soft and pliable, divide the dough into balls, roll them out and cook them like pancakes in a skillet.

When our son moved into his first apartment at the age of 19, he immediately asked for a standing mixer as his next birthday gift just so he could make tortillas. Just like his mother, he made them often because once you try them, packaged tortillas will simply no longer do.

This is the homemade tortilla recipe I've been using for the past 20 years. 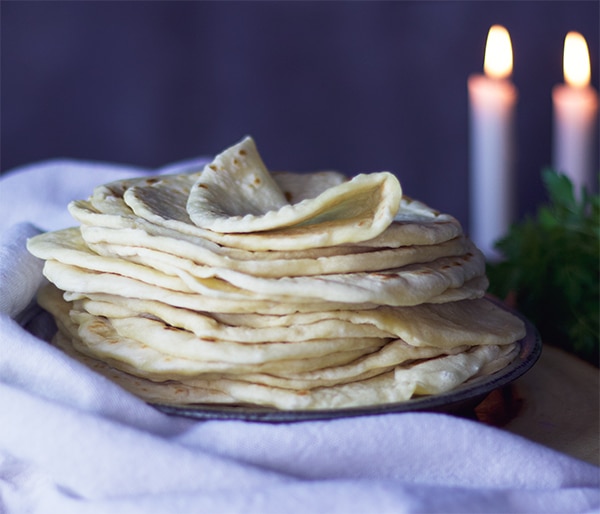 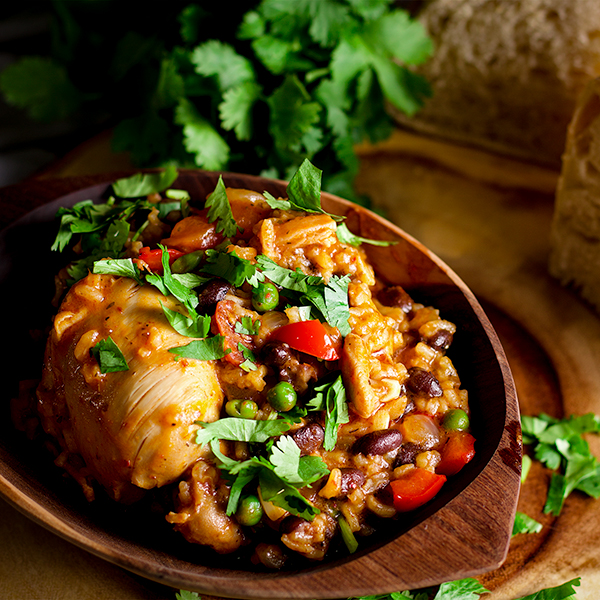 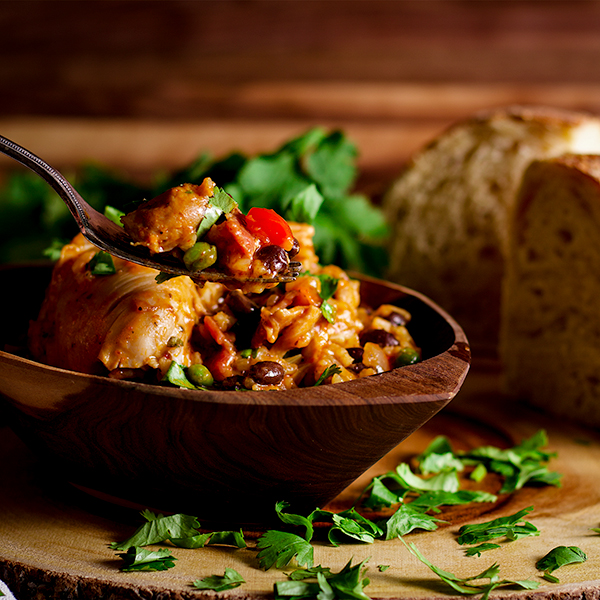 Besides homemade tortilla, do you know what else goes really well with Cuban Chicken and Rice? A tall, refreshing Perfect Cuban Mojito. Cheers!

Meal Plans that Include Cuban Chicken and Rice:

If you’d like to use cooked dried black beans instead of canned, these slow simmered black beans take about 5-minutes of hands-on time if you cook them in the slow cooker and produces richly flavorful beans. 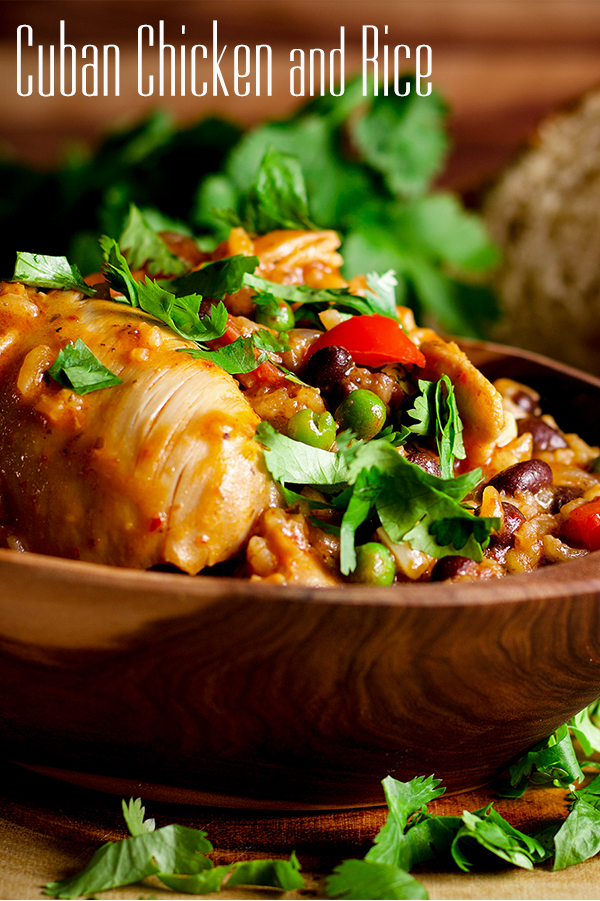 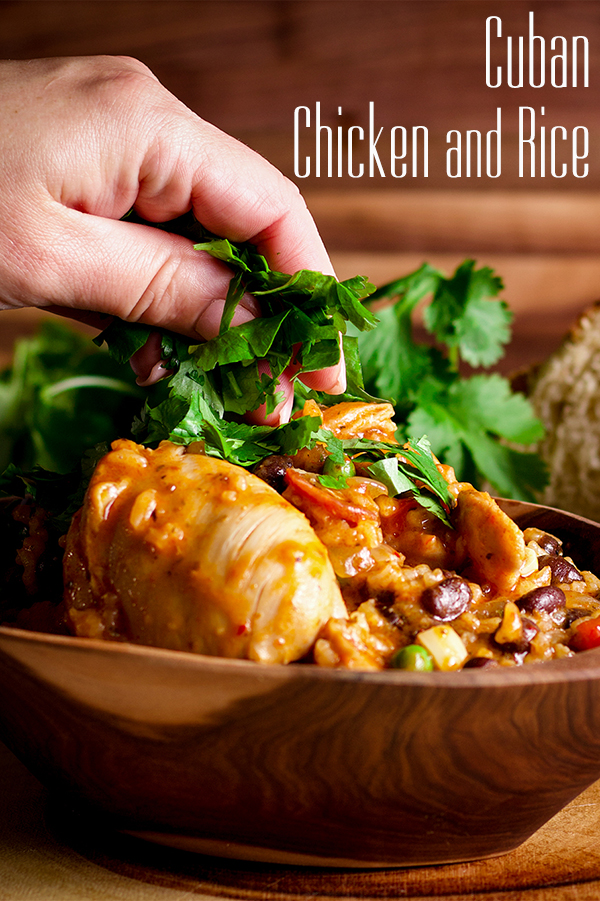