*This recipe was originally published on our sister site, Of Batter and Dough.com 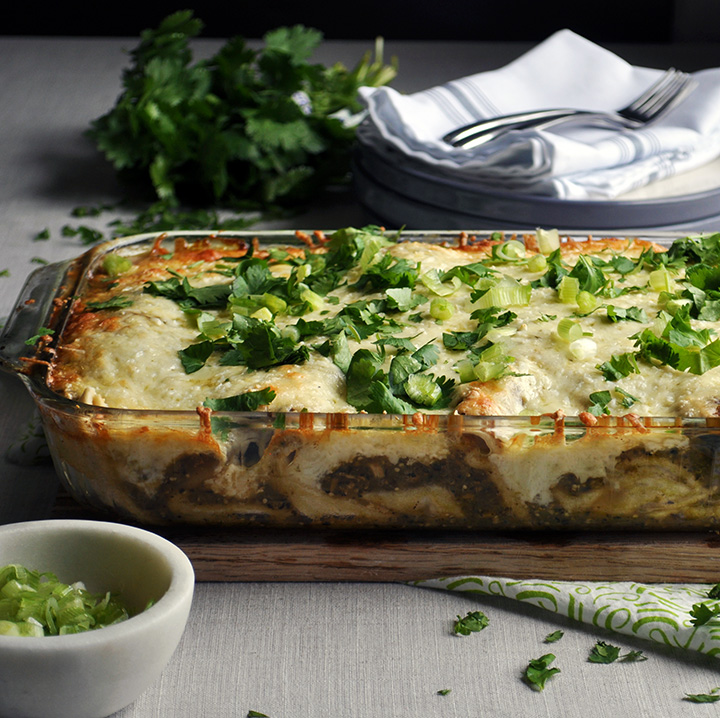 I adore enchiladas of all varieties, but at home I’m consistently drawn back to cooking two versions: Chicken and Cheese Enchiladas with Red Chili Sauce, and these Green Chili Enchiladas.

Enchiladas are all about the cheese and the sauce. Both must be packed with flavor and included in abundance. That’s what’s going on here. Flour tortillas are stuffed with chicken, sour cream and cheese and then smothered with a sauce made from roasted tomatillos, poblanos, and onions – and more cheese. 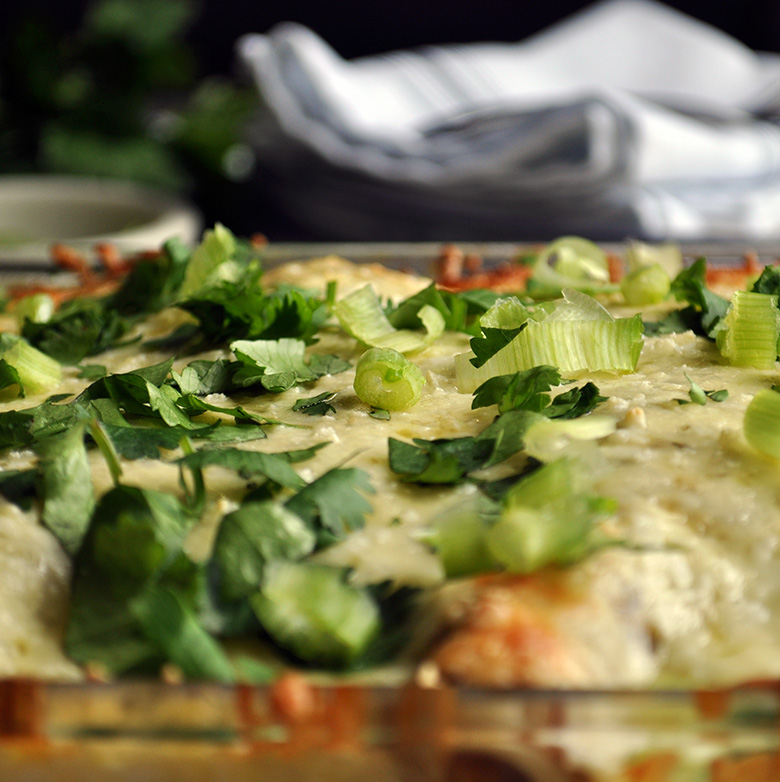 Green enchiladas are not the type of thing you whip up in 30 minutes or less. But, there’s nothing complicated about them, AND you can spread the work out over a couple of days, if you like. If you’re making this as a part of Weekly Winter Meal Plan #4, you probably made the green chili sauce a day or two ago.

Once the sauce is prepared, hands on preparation time really is less than 30 minutes. It’s just a matter of assembling the enchiladas and popping them in the oven. 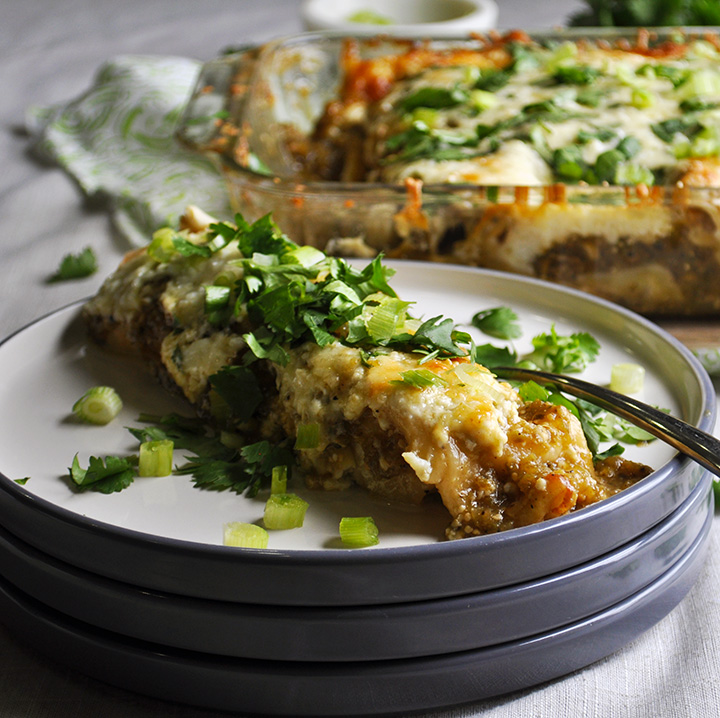 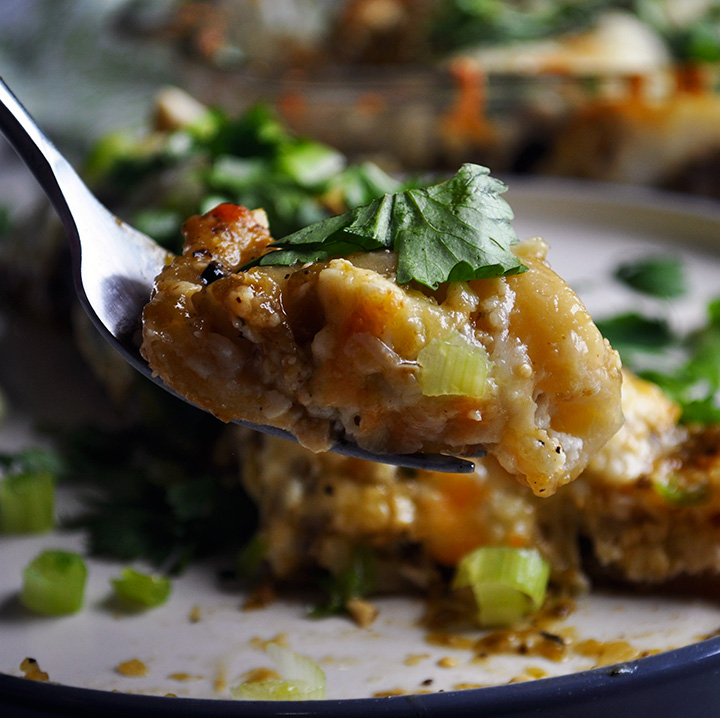 One other note about this recipe…

You’ll notice a link in the ingredients list for homemade flour tortillas. Making tortillas is really easy, and they are infinitely better than anything you can pick up at your local supermarket. If you’re making this as a part of Winter Weekly Meal Plan #4, you might have already made them as well. Hopefully you were able to resist eating them all and have enough left over to make enchiladas with! 🙂

Regardless, I’d recommend making homemade tortillas at least once, so that you know how easy and delicious they really are.

MAKE THE GREEN ENCHILADA SAUCE:
At this point, you can either proceed with the recipe, or store the green enchilada sauce in the refrigerator, covered, for up to 4 days.
ASSEMBLE AND BAKE THE ENCHILADAS:
0