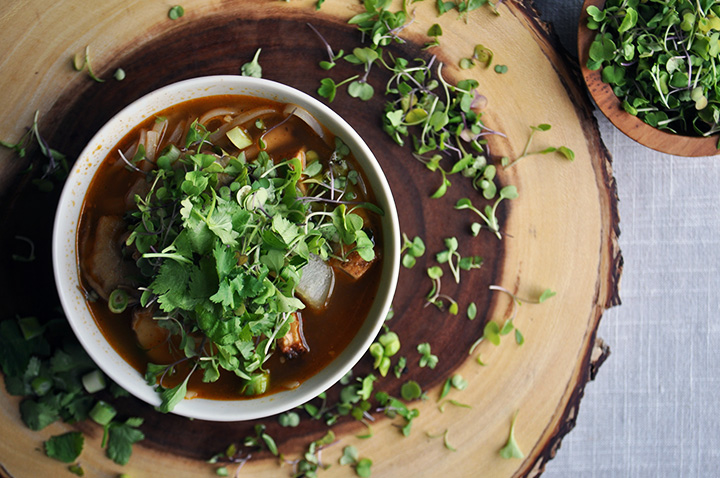 Can a soup be addicting? Because I can’t seem to get enough of this Thai Pork and Noodle Soup. It’s somehow both substantial and light. The perfect balance of rich, bright, fresh flavor.

The shiitake mushroom broth and chunks of pork give it a rich meatiness that feels substantial and filling. And yet, you'd have to eat an awful lot of this soup to feel weighted down by it. It's very low in fat and packed with the freshness of lemongrass, cilantro, bok choy, and Thai spices. Topped with sprouts or micro greens, it's a fresh and flavorful meal that's.... well, addicting. 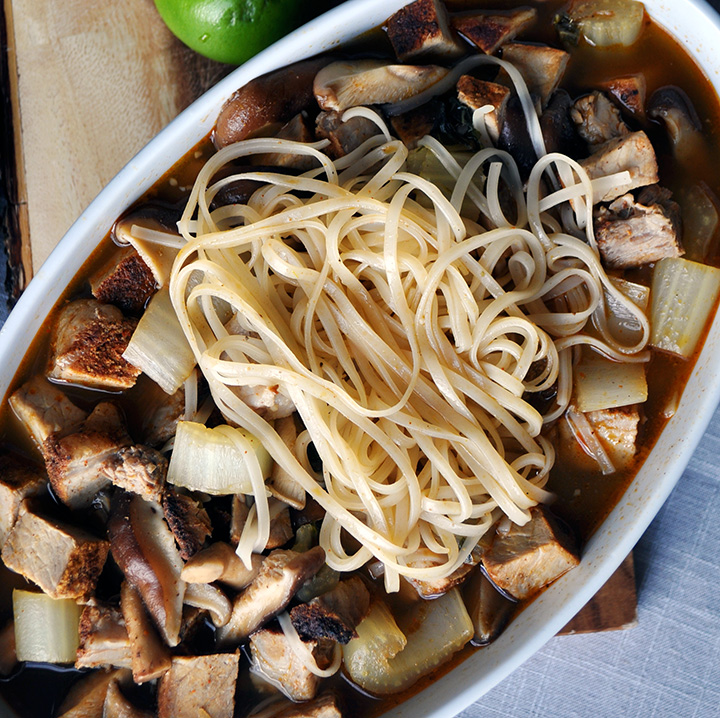 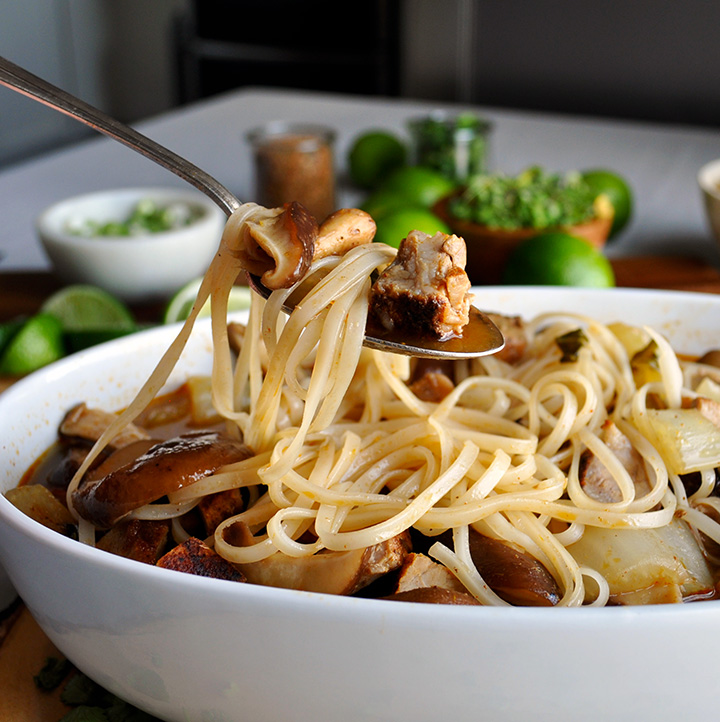 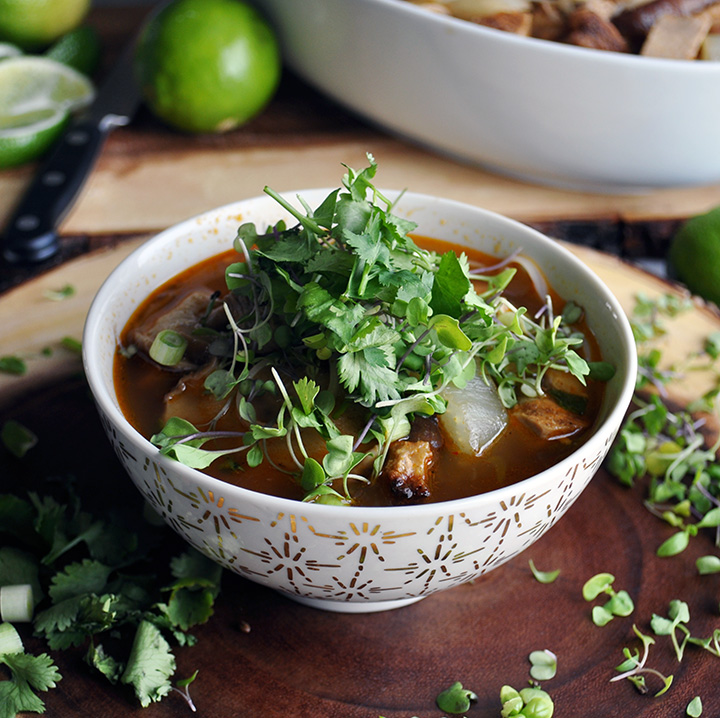 If you're making this as a part of Spring Meal Plan #1, you should have some Thai Spice Mix already prepared and some chunks of cooked pork in your freezer, allowing you to get this soup on the table in under 40 minutes. Pull the pork out of the freezer in the morning and place it in your refrigerator to thaw. It probably won't be completely thawed by the evening, but that's ok. It will thaw completely when you add it to the hot soup.

If you're not making this soup as a part of a weekly meal plan, mix up a batch of Thai Spice Mix before you begin making the soup, or substitute it with a purchased Thai spice blend. You'll also want to cook some pork before starting on the soup. See the instructions in the recipe notes for quickly cooking a couple of pork chops to add to this soup. 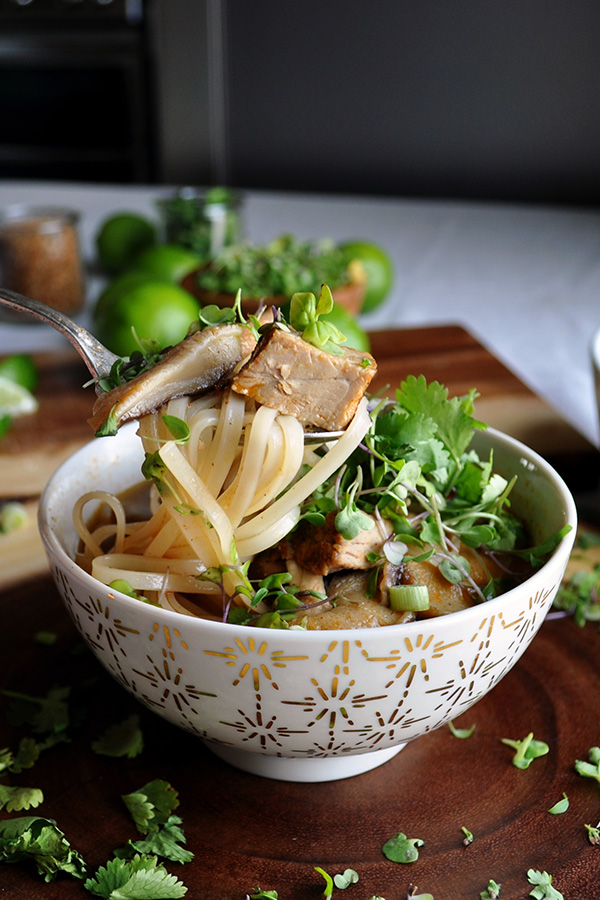 Weekly Meal Plans that include Thai Pork and Noodle Soup: 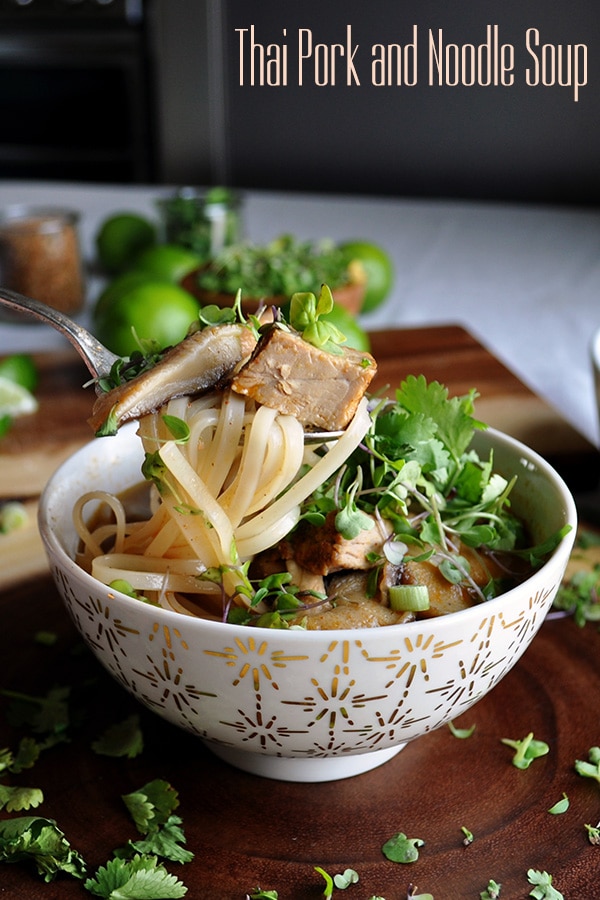