This pizza is like a really great fried chicken sandwich that you can slice into pieces and share. And, you really should share. Share with your family and your friends and your neighbors. Because the only thing better than fried chicken is eating it with BBQ sauce, white cheddar cheese, and cabbage slaw all piled onto of a soft, chewy pizza crust. 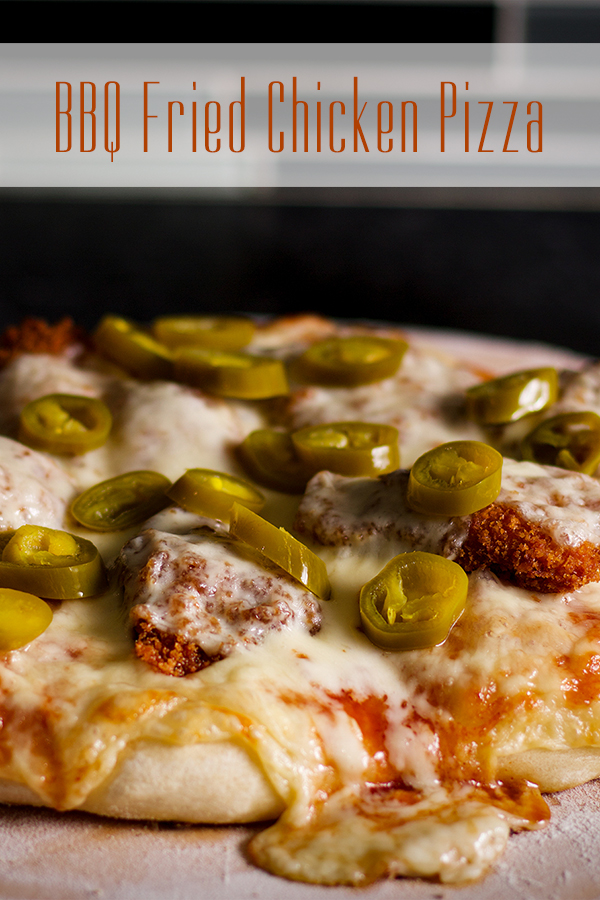 Let’s break this bad boy down, shall we? Here’s what we’ve got going on here…

I hope I’ve convinced you that you need this pizza in your life. But, before you get cooking, there’s a few things you ought to know that will help you fit pizza making to YOUR schedule and your taste buds. 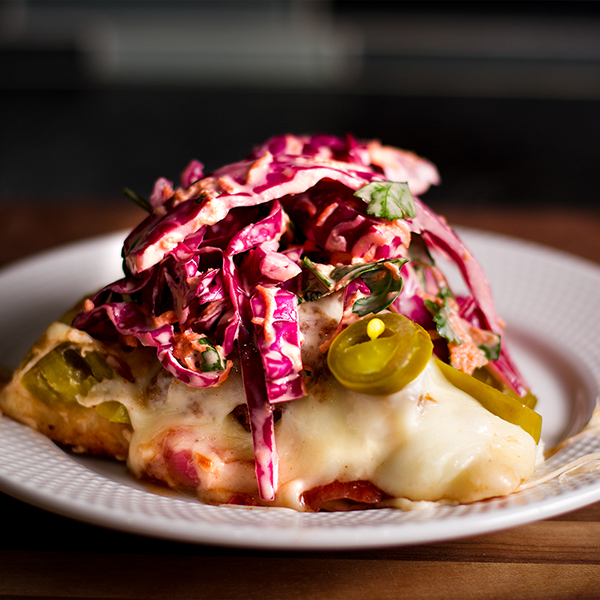 At least a couple of hours before you start making pizza, dunk the chicken in a zip top bag or other container and smother it with buttermilk, coconut milk and spices. You can do this up to 24 hours ahead of time, which is usually what I do, getting the chicken soaking in all that goodness the night before.

Every ingredient in the marinade is designed to infuse the chicken with flavor while also making it more tender and juicy. Soaking chicken (or any meat or poultry) in liquid and a generous amount of salt seasons the meat from the inside out. While it soaks, the salt gently seeps into the meat, adding both flavor and moisture.

Having said all that, the marinade is not 100% necessary. If you simply don’t have time, forget to do it, or just don’t feel like it, go ahead and skip the step altogether. Marinate chicken will be more flavorful, tender, and moist. But, non-marinated chicken will still be delicious. 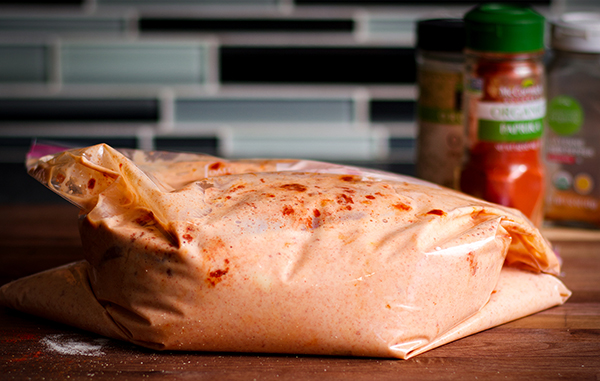 This recipe calls for my all-time favorite homemade pizza dough. I’ve been making it for years, and it never fails me. How many other things can you say that about in life???

If you have a stand mixer, whipping up this dough is ridiculously easy. If you don’t have a stand mixer, the whole process isn’t more difficult – it’s just going to require a bit of some elbow grease. But, honestly. Kneading dough is kind of fun and especially useful if you are in need of a healthy way to dispose of any pent up frustrations. 😊

Making homemade pizza dough can totally be manipulated to fit your schedule. It only requires about an hour of time to rise, so if you start the dough 90 minutes before you want to put your pizzas in the oven, you’ll be golden. You can also make the dough in the morning and leave it in the refrigerator to rise. Chilling the dough will slow down the activity of the yeast, so the dough can chill out for hours, rising slowly all day long.

As with marinating the chicken, if you don’t want to make pizza dough from scratch, just pick up a couple of packaged pre-made crusts at your local market. Once you’ve covered them in BBQ, cheese, and fried chicken, how could they not be delicious? 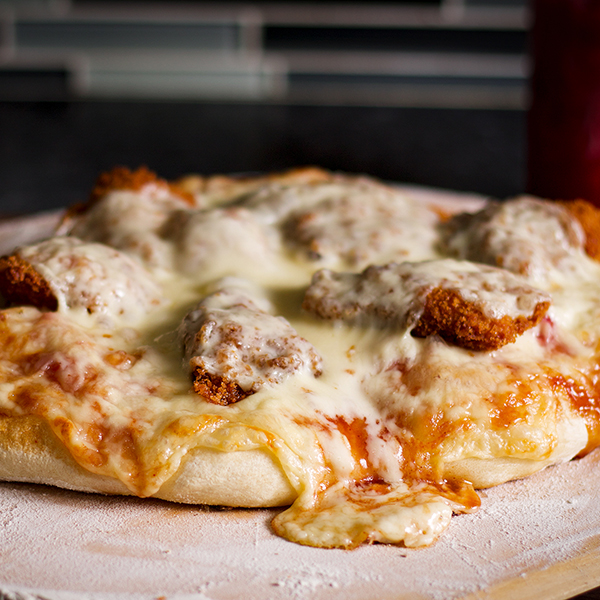 Just like the marinating chicken and pizza dough, the cabbage slaw can be prepared in advance. Making the slaw only takes about 10 – 15 minutes and it will keep in a covered container in the refrigerator for up to 48 hours.

As I said earlier, I’ve served this slaw, to many people who say they dislike coleslaw and so far every one of them has gobbled it up. The problem with most coleslaw recipes is that they are positively drenched in mayonnaise. This makes them heavy and well, kinda gross.

This slaw does have some mayonnaise in it, but just enough to add a touch of creaminess. Rice vinegar and plenty of fresh herbs brighten the flavor of the vegetables while a touch of BBQ sauce ties the whole thing together.

Piled on top of a cheesy slice of pizza with crispy fried chicken, this slaw is the proverbial icing on the cake. 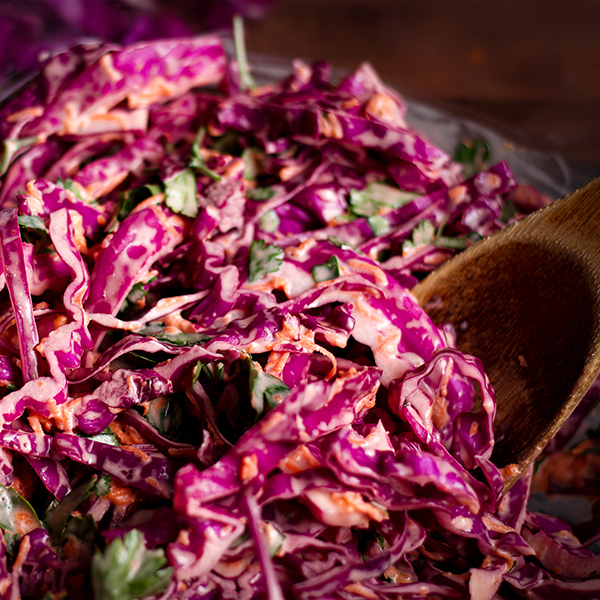 Pickled Onions are ridiculously easy and pack SO much flavor.

When a recipe really works – meaning, all the flavors are working together and having a little party in your mouth – it’s usually because there is a lovely balance between sour, bitter, salty, and sweet. In this recipe, pickled onions add acidity and a touch of sweetness that balances the salt in the fried chicken and cheddar cheese perfectly.

Making pickled onions is as simple as chopping an onion and letting them soak in a vinegar bath. But, they’ll keep in your refrigerator for weeks and will take your sandwich, salad, and pizza game to a whole new level. 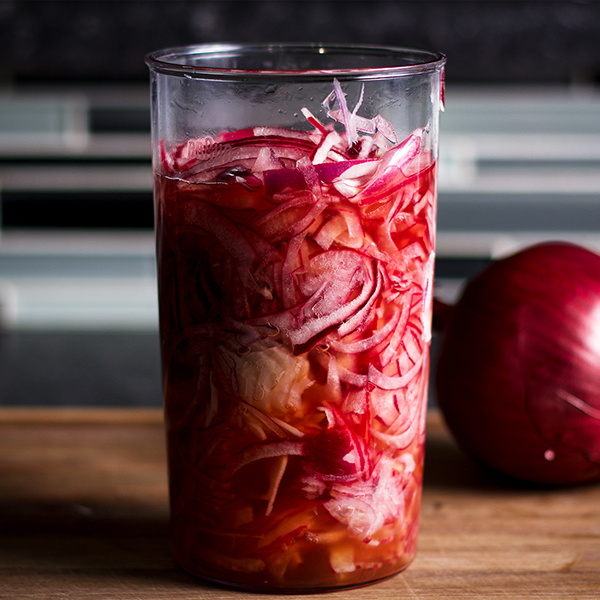 For super crispy fried chicken, the process goes like this: Dredge the chicken in flour that’s been seasoned with some salt and other spices if you like. Dip the flour covered chicken in beaten eggs, then coat it in Panko Bread Crumbs. 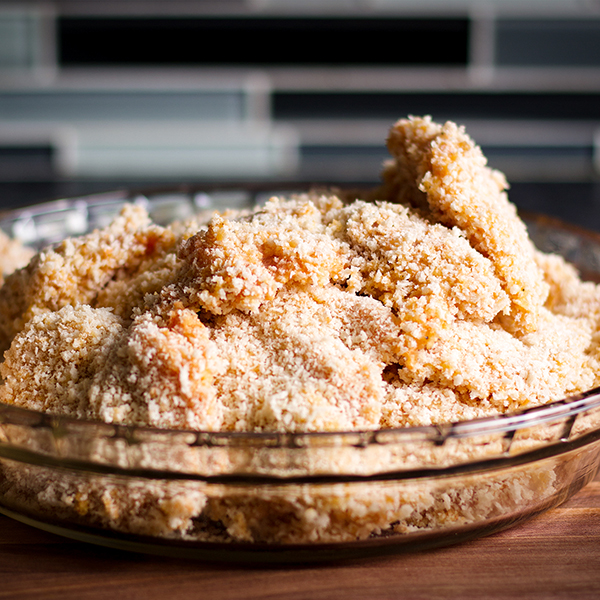 If you don’t already have one, a deep fry thermometer will cost you less than $10. Even if you only fry food once in a while, I think you’ll find it more than worth it. 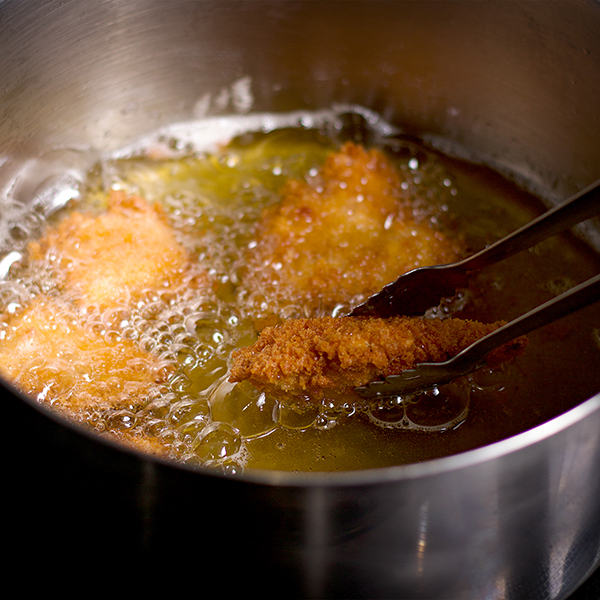 Just to recap – the components of this pizza can be made ahead of time, hours or even days in advance.

So fit the recipe to your schedule. You’re the boss. If the pickled onions, coleslaw, and marinating chicken are in the refrigerator, and the pizza dough was made in the morning, you’ll be eating BBQ Fried Chicken pizza in under an hour.

So, while homemade pizza can certainly be weekend fare, spread out over a few leisurely hours in the kitchen, with a little planning it can also be something you throw together on a Tuesday night. 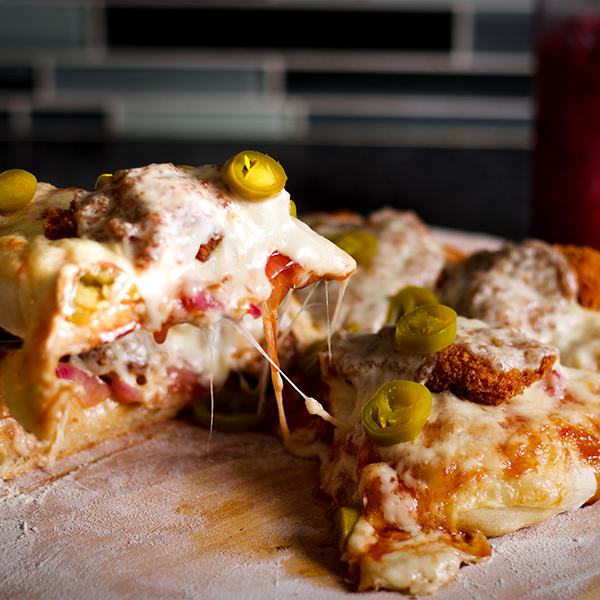 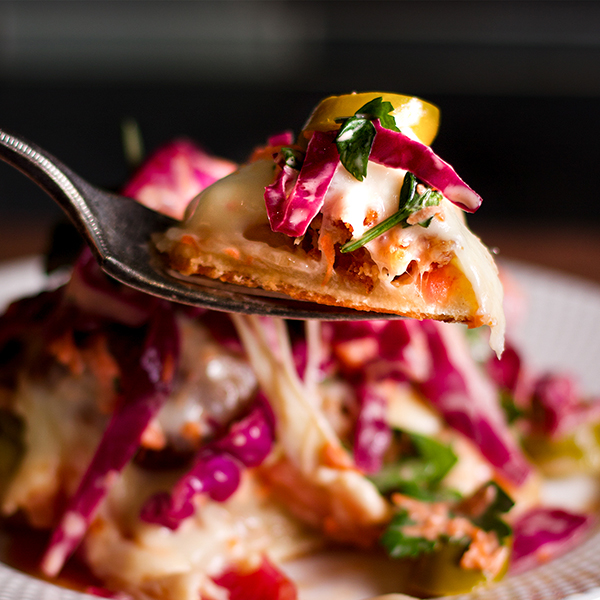 For the Fried Chicken:

For the Cabbage Coleslaw:

Assemble and Bake the Pizzas: 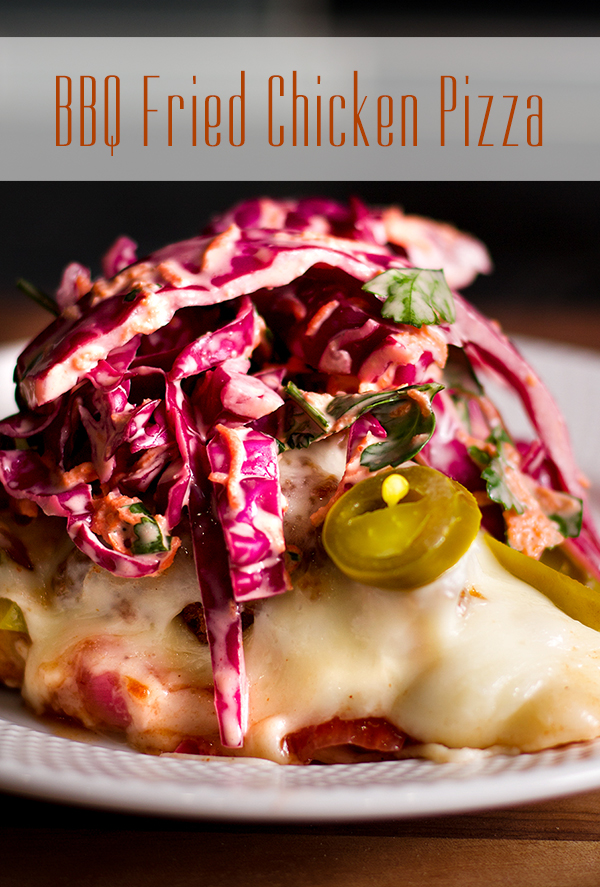 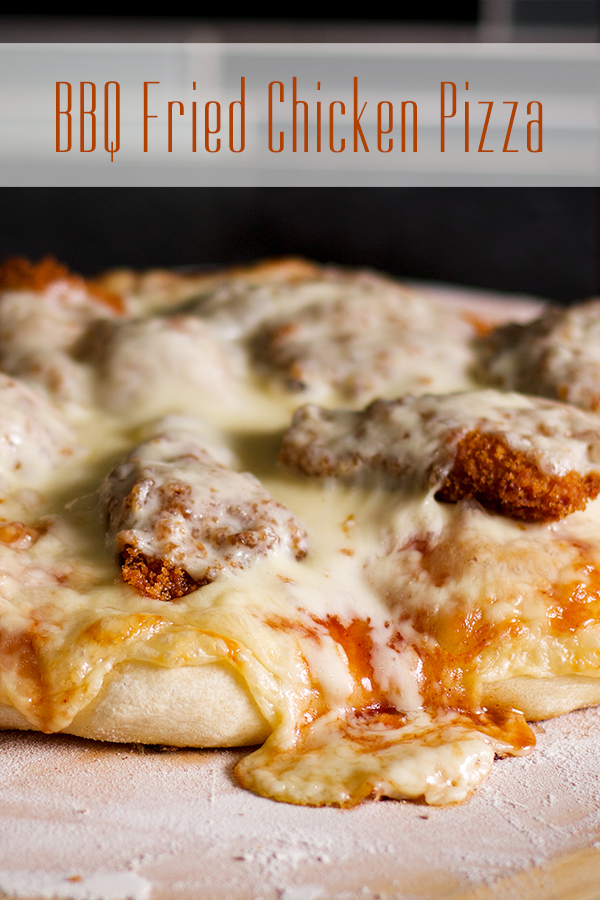