This fresh tasting, light Southwest Quinoa Salad is packed with fresh vegetables, black beans, corn, fresh lime, and cilantro. Serve with a crumble of tortilla chips for a little crunch. 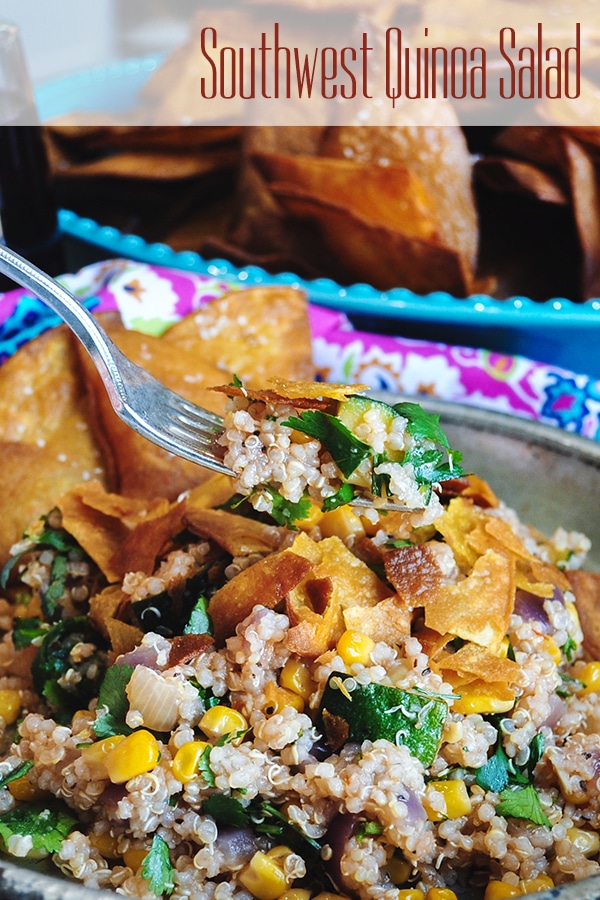 As I type this, I'm thinking that a cup or two of cherry tomatoes, sliced in half, would be absolutely delightful in this quinoa salad. It's not something I thought to add when creating this recipe, but consider adding them at the end, with the cilantro. I bet they are delicious in there.

Add as many vegetables to this salad as you like

This is one of those salads in which many vegetables would be welcome. I love recipes like this, because it allows me to use up lone veggies in my refrigerator. Add some shredded carrot, thinly sliced radishes, or sliced green onions along with the cilantro. Throw some diced bell peppers or yellow summer squash into the skillet with the zucchini. 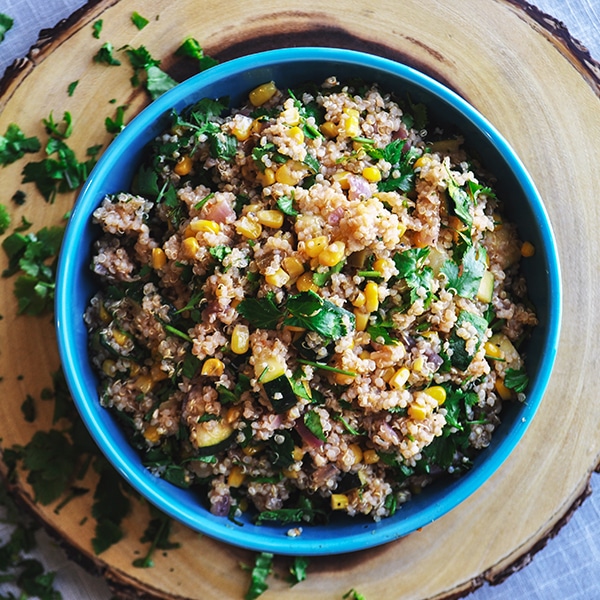 If you're making this as a part of Spring Meal Plan #3, you should have plenty of leftover cooked quinoa in your refrigerator reserved from the Rosemary Braised Steak Tips with Quinoa that you made earlier this week. You might also still have some leftover roasted red peppers and asparagus. Chop them into small pieces and add them to the salad along with the black beans and quinoa.

If you're not making this as a part of Spring Meal Plan #3, cook the quinoa before you begin on anything else in this salad: Bring 2 cups of water or broth and ½ teaspoon salt to a boil in a medium size saucepan. Add 1 cup dry quinoa (any variety), turn the heat to low, cover and let simmer gently for 15 minutes. Remove from the heat and let sit, covered, for 5 minutes longer. Fluff with a fork and let cool completely before using in this salad. 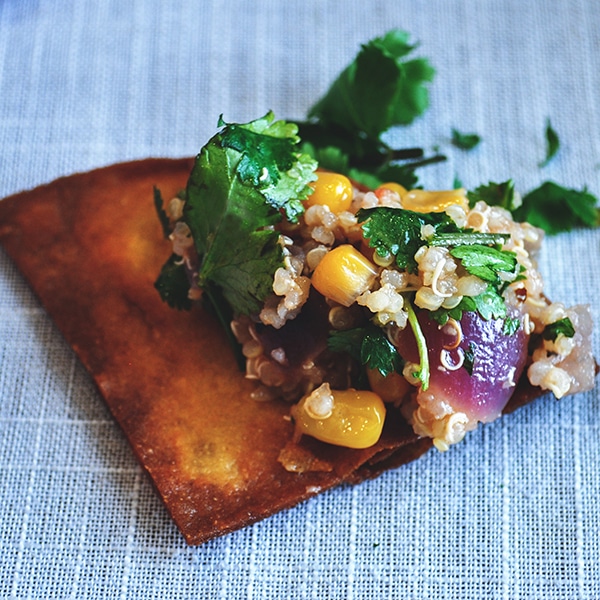 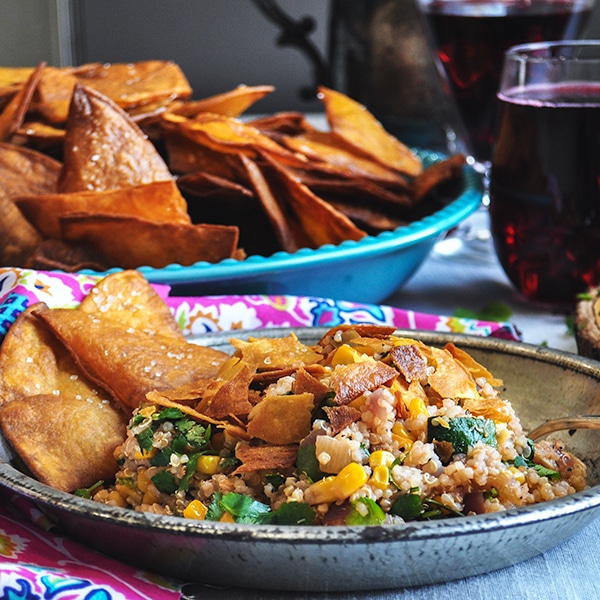 Note: A bag of tortilla chips can be used instead of making homemade chips. If you are making homemade chips, plan on making enough for at least 6 chips per person. Since each corn tortilla makes 4 chips, you’ll need 6 tortillas for a family of four. BUT – I strongly suggest you make more than that because while you’re cooking them, your family will come along behind you and sneak a few. Who are we kidding? You will too.

For the Southwest Quinoa Salad:

For the Southwest Quinoa Salad Dressing:

Assemble the Salad and Serve:

When the quinoa salad has cooled to room temperature, toss with about ¾ of the dressing. Taste to see if you want to add in the remaining dressing, or if it's good as is. Serve with tortilla chips for crumbling over the salad. 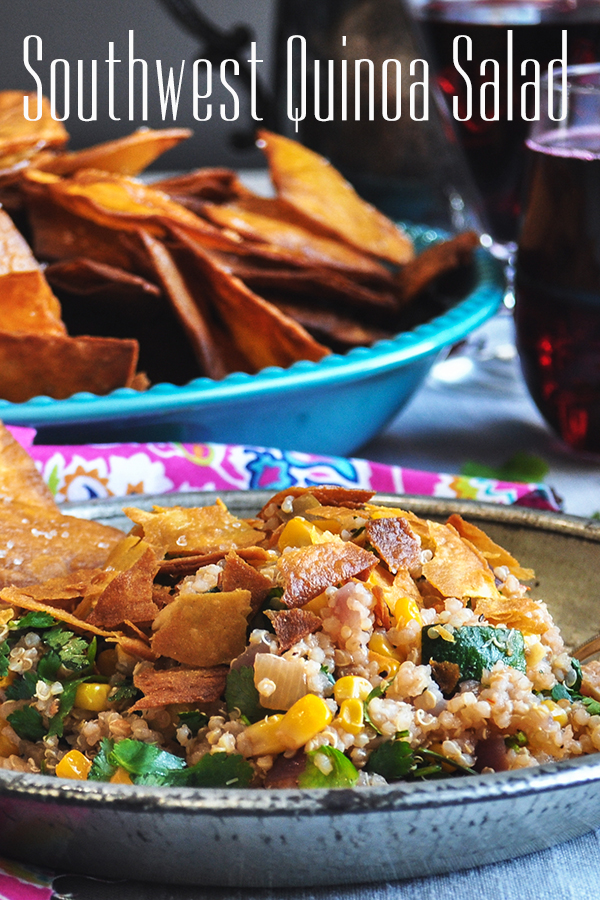